Construction has started on the 2MW solar Photovoltaic (PV) and 2MW/0.5MWh battery energy storage system (BESS) components of the Garden Island Microgrid (GIMG) Project which is the world’s first demonstration of a solar, battery, wave and desalination microgrid, the company explained.

Carnegie has recently signed supply agreements with the Department of Defence for the power and water produced by the project to be used by HMAS Stirling, Australia’s largest naval base.

The project will also integrate with the existing Department of Defence diesel generators and the Western Power grid to demonstrate both off-grid and on-grid functionality of a microgrid and ‘bumpless’ transfer between these two operating modes.

Carnegie’s Managing Director and Chief Executive Officer, Dr Michael Ottaviano said: “Carnegie and Energy Made Clean have a strong track record in renewable and microgrid solutions like the Garden Island Microgrid at HMAS Stirling, the recently won microgrid at the Delamere weapons range base in the Northern Territory and previously for the Department of Defence on Bathurst Island in the Northern Territory. Renewable microgrids can deliver improved security of supply with clean, reliable power and water.”

The Garden Island Microgrid is owned and operated by Carnegie. Carnegie’s 100% owned subsidiary, Energy Made Clean, is responsible for the design, construction and ongoing maintenance of the project. The desalination plant is already operational at the site.

The $7.5 million projects is supported by the Federal Government with $2.5m of ARENA funding. 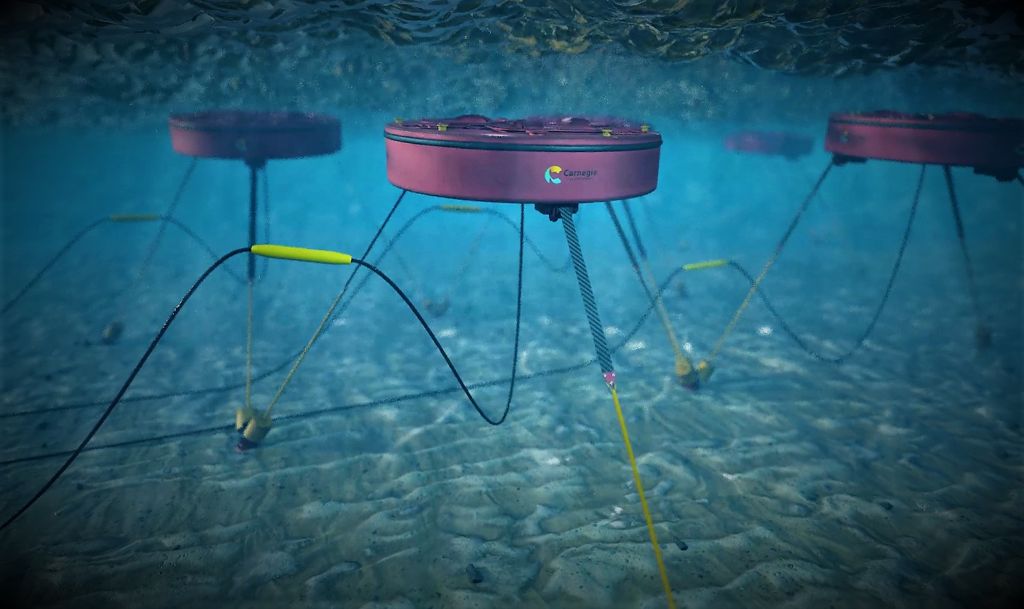