“Costa Crociere confirms that the ownership of Costa Victoria has been transferred to a subsidiary of Genoese company San Giorgio del Porto.
Costa will be informing guests booked on the next Costa Victoria cruises, who will be guaranteed a re-protection in accordance with the applicable legislation,” Carnival’s Costa Crociere said in a statement to Ofshhore Energy-Green Marine.

Ferrari believes the port and its industrial branches, including the shipyard, have great potential to drive the city’s economic recovery as Italy works to bounce back from the COVID-19 impact.

As informed, the ship arrived to prepare for demolition.

PIM, part of San Giorgio del Porto Group, aims to become a center for green recycling of ships in line with the EU regulations.

San Giorgio del Porto, part of the holding Genova Industrie Navali, specializes in ship repair and conversion, as well as for ship dismantling/recycling, and new construction projects. It has had long-term cooperation with Carnival’s Costa Crociere brand.

As of December 31, 2018, the EU Ship Recycling Regulation requires all large sea-going vessels sailing under an EU member state flag to use an approved ship recycling facility included in the list.

The shipyard received regulatory clearance to start the operational stage of its work back in July 2019.

Older cruise ships have so far been sold to smaller cruise companies that continued to operate them for several years amid high demand for cruises. However, the pandemic has crushed the interest of smaller companies in the acquisition of new ships as demand for sailing has dwindled due to travel restrictions and health and safety risks.

As such, the likely destiny of older ships will be demolition.

Carnival Corporation suffered a 4.4 billion loss in the quarter ended May 31, 2020, due to the suspension of cruise operations related to COVID-19.

For the majority of the second quarter, Carnival’s cruise operations have been in a pause and many of its ships in prolonged layups.

In order to cut costs and boost its liquidity, Carnival plans to speed up its ship removal program this year. The cruise major revealed that it was already in preliminary agreements for the disposal of six vessels that are expected to leave the fleet in the next couple of months.

The ships in question were expected to be sold over the coming years.

The cruise company further said it was preparing for a phased recovery and return to sailing in line with governmental regulations.

With regard to the ships already on order, Carnival is working with its counterparts on delaying deliveries in order to accommodate for financial and other impacts the pandemic has had on the shipbuilding sector and the cruise industry.

A total of sixteen new ships are scheduled to be delivered to Carnival Corporation’s brands through 2025. 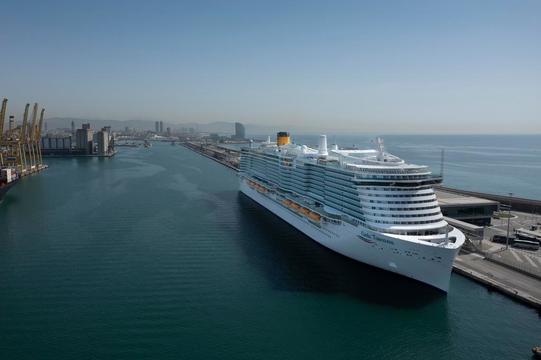