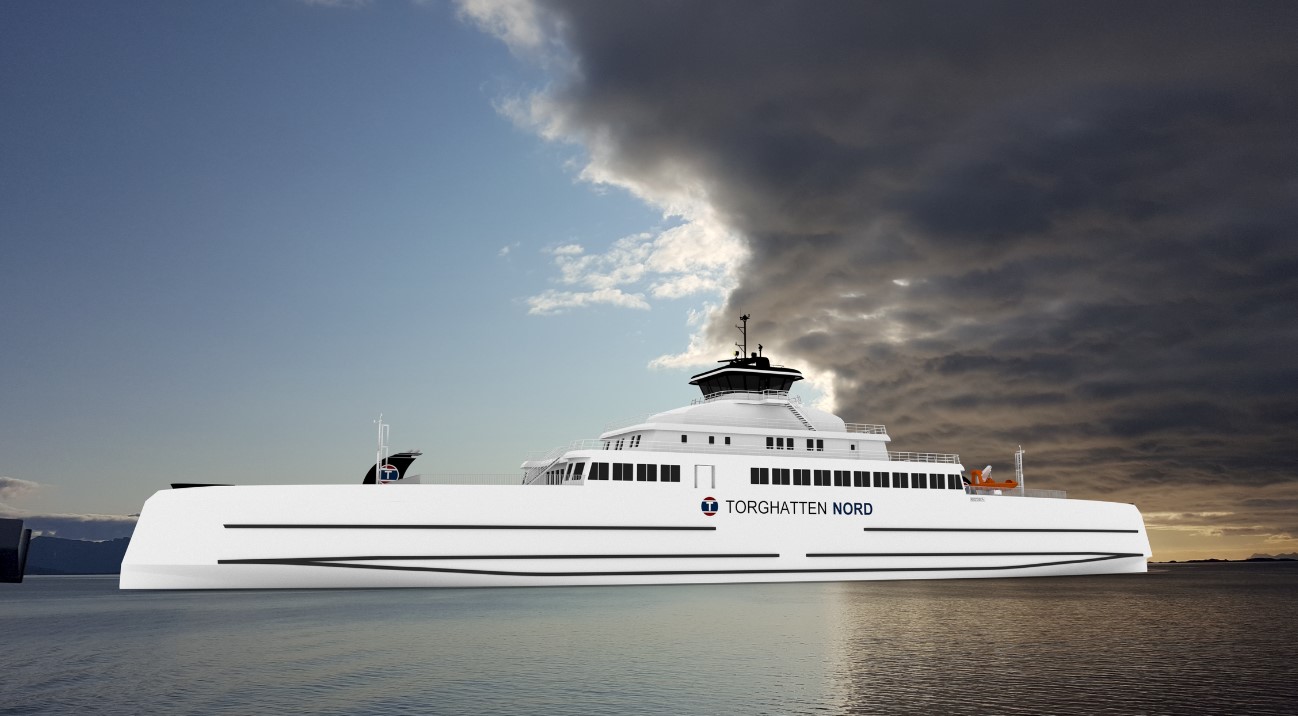 Turkish Cemre Shipyard has launched the construction of a zero-emission double-ended car and passenger ferry that will run on battery-electric power.

The construction start was marked with a keel laying ceremony at the yard held on Tuesday, November 29 jointly with Norwegian ferry company Torghatten Nord AS, the owner of the vessel.

The order for the 117 meters long ferry with an accommodation capacity of 399 passengers was revealed in April this year.

Developed by Norwegian Ship Design, the ferry with the designation NSD120CFc will operate as a zero-emission vessel in exposed waters on the route Bognes – Lødingen in the Northern part of Norway.

According to the designers, the typical service speed on the one-hour crossing is 13-14 knots, bringing a new record among Norwegian battery ferries.

It is planned for all power for the new zero-emission vessel to come from the grid onshore through high-capacity automated charging connections. In case shore power is unavailable biodiesel generators would provide power for operation.

NDS said that the ferry will feature two completely independent propulsion and power systems arranged in a way that after any single fault, such as fire and flooding, a minimum of one of the two systems will remain operational.