Chinese banks seem to be the emerging power when it comes to securing capital for the shipping industry.

The market has been dominated by European lenders which are starting to turn to a more localized strategy as they work to trim down their exposure to bad shipping loans.

This is in particular seen in Germany, whose banks have sustained a considerable blow from nonperforming loans from the sector.

For example in June this year, German Commerzbank returned its regulatory licence to conduct business concerning ship Pfandbriefe as part of its plan to dispose of bad shipping loans worth EUR 4.5 billion.

However, Chinese financial institutions might be replacing the German capital on the market.

“Chinese banks are increasingly doing transactions globally, and it has become a trend. When someone leaves the scene, there is a gap, and it will soon be filled with different banks,” Joep Gorgels, Regional Head Scandinavia ECT Energy & Transportation – ABN AMRO Bank said while speaking at Marine Services & Offshore Forum in London.

As explained by Bill Guo, Executive Director of Beijing-based ICBC Leasing, since many ships are being built in China, especially those intended for export, there has been a great demand to push the banks to finance those ships.

The demand also comes from the local shipyards, capable of building massive ships, such as those 22,000 TEU ULCVs recently ordered by CMA CGM at CSSC yards.

According to Guo, both Chinese export and import banks and local leasing companies are interested in providing financing to such projects as the return is stable and the risk is reduced.

In addition, ICBC is looking beyond local boundaries, as 80 % of its business comes outside of China, with the majority of customers from that percentage being from Europe.

The availability of funding for shipowners, which has already been scarce, is becoming ever more restricted and further threatened by the pressure from regulators, in Europe in particular.

As pointed out during the panel, the advantage of the Chinese lessors is that they offer cheaper capital and are more flexible than their European or American counterparts, which is very much appreciated in the industry. 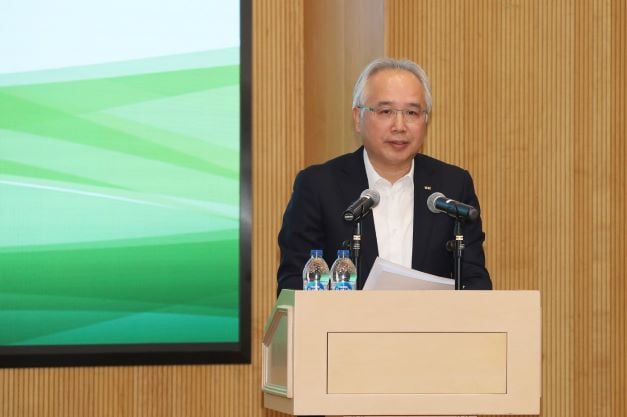