International engineering, testing, certification and classification group RINA has reported improved results for 2013. Its performance was strengthened by an upturn in marine activities and a drive to improve efficiency and drive down costs.

Ugo Salerno, RINA Chairman and CEO says, “Returning confidence in the global marine markets and a new management team which took on their responsibilities with enthusiasm at all levels meant the group exceeded expectations in 2013. In 2013 we passed a turning point, both for RINA and for the global economy. We saw confidence returning across almost all sectors and in all regions of the global economy. Crucially, we also saw confidence building in RINA’s ability to take advantage of the opportunities which the improving economy presents.”

Salerno said, “Outside the marine sector we had a busy year of growth and diversification. That led to the acquisition of two smaller certification businesses, and at the year end, to taking a major shareholding in CSM, a leading material’s technology company. CSM gives RINA high level skills and technologies in testing, analysis and materials which will serve us across all industries, especially oil and gas. Further growth through acquisition is expected for 2014 following an initial investment of EUR 25m into the group in 2014 by Intesa Sanpaolo and VEI Capital.”

RINA also bore down on costs and improved internal performance during 2013. “Clarity in our structure is an important component of growth. It enables all our colleagues to see their responsibilities clearly and it enables us to drive the exact services our clients need to where they need them. That is why we made a clear division during 2013 between our E and TIC services. All our consulting Engineering services were consolidated under the D’Appolonia brand and all our Testing, Inspection and Certification services are concentrated under RINA Services and its subsidiaries. That clarity helps us streamline our processes and makes it easier for clients to find the service they need,” added Salerno. 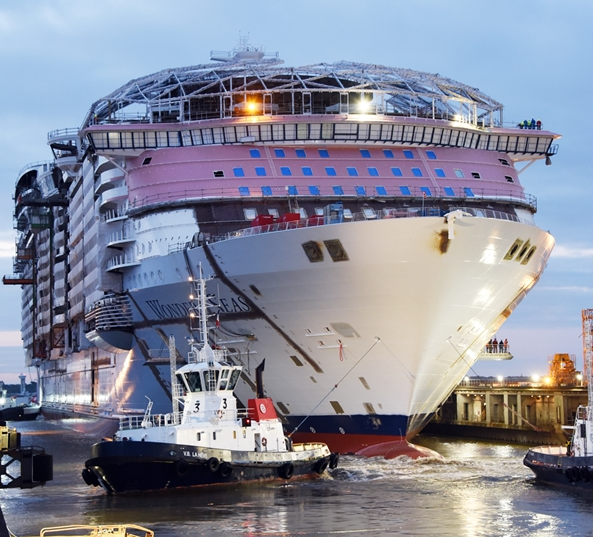