Advertisement
Back to overview
Home Green marine Congestion Woes at Manilla Far from Over?

Congestion Woes at Manilla Far from Over?

The ongoing port congestion at Manila, the Philippines has been a major reason of concern for shippers as their cargo faces serious delays.

The world’s 4th largest container shipping line Evergreen Line said that the congestion is impacting all carriers and ” that all import, export and transshipped cargoes to/via Manila, Philippines would be affected and delayed. Carrier reserves all the rights and immunities under the terms and conditions of Carrier’s standard Bill of Lading clauses and/or otherwise.”

On the other hand, the Philippine Ports Authority claims that “cargo backlog and the number of empties currently clogging the Manila ports declined significantly as of August 15.”

“While almost all sectors admit that we are still months away from the normal level, we are now feeling the positive effects of the different mitigating measures put into place both by the private and government sectors but not enough to bring it back to pre-Manila Day-time Truck Ban period,” the Authority said in a a release.

Philippine Ports Authority (PPA) General Manager Juan C. Sta. Ana said a couple of mitigating measures will be implemented again by both sectors to facilitate the de-clogging of the Manila ports.

“Based on our current inventory, we have to clear about 8,175 twenty-foot equivalent units (TEUs) as we are now below the 90% yard utilization threshold,” Sta. Ana explained.

“The number of empties inside the ports has likewise dwindled down to only 12,000 TEUs and this number will be further reduced as shipping lines continue to pullout their empties at the ports.

“Held-up containers at foreign ports have likewise declined significantly from 37,000 TEUs some two months ago to only 20,000 as of this month. The reduction in the number of laden and empty containers suggests that productivity has increased dramatically resulting to better efficiency in handling cargoes and vessels at the Manila ports,” Sta. Ana stressed.

The foreign shipping lines, led by the members of the Association of International Shipping Lines (AISL), have also committed to extend their offices’ operating hours to accommodate other concerns of the cargo owners like payment of demurrage and other vessel-related fees, he said.

Some two months ago, the number of laden containers piled up at the Manila ports totaled 99,000 TEUs which occupied about 105% of the yard of the ports composed of the Manila International Container Terminal (MICT) and the Manila South Harbor.

The total of empty containers also reached a high of 22,000 TEUs. The congestion was caused mainly by the day-time truck ban imposed by the City Government of Manila from February 24 to end May of this year that practically limited the movement of cargoes in and out of the ports during night-time only.

International Container Terminal Services, Inc. (ICTSI), operator of MICT, has started to ship out about 3,000 overstaying containers out of Manila and relocate it to Subic to further provide space for laden cargoes inside the MICT and MSH.

ICTSI is also set to complete the container yard specifically provided for its Berth 7 in the next 30-60 days to accommodate the expected surge in cargo volume due to the run-up to Christmas and also to house the other empty boxes set to be shipped out by the foreign shipping lines.

Government, led by the Cabinet Cluster on Port Congestion and the private sector are also set to meet with the Metro Mayors to discuss the lifting of the truck ban rule on specific routes particularly going east of Manila like Ortigas, Marikina and Pasig 24/7 but only for a limited period of time. The two sectors estimate that only a third of the roads around the National Capital Region will be included in their request.

According to the Philippine Ports Authority, currently, congestion at the Ports of Manila continues to decline with yard utilization hovering around 87-90%. However, port operators are bracing for the sudden uptick in yard utilization next week brought about by twin holidays in August with the last one falling on a Monday, August 25, which will virtually extend the weekend as well as the influx of cargoes due to the run-up to Christmas.

Earlier, PPA ordered the two port operators ICTSI for MICT and Asian Terminals, Inc. for Manila South Harbor, to come up with the list of shipments containing food items and other perishables and prioritize its release in order to reduce the inflationary effects of congestion to food items in the market. 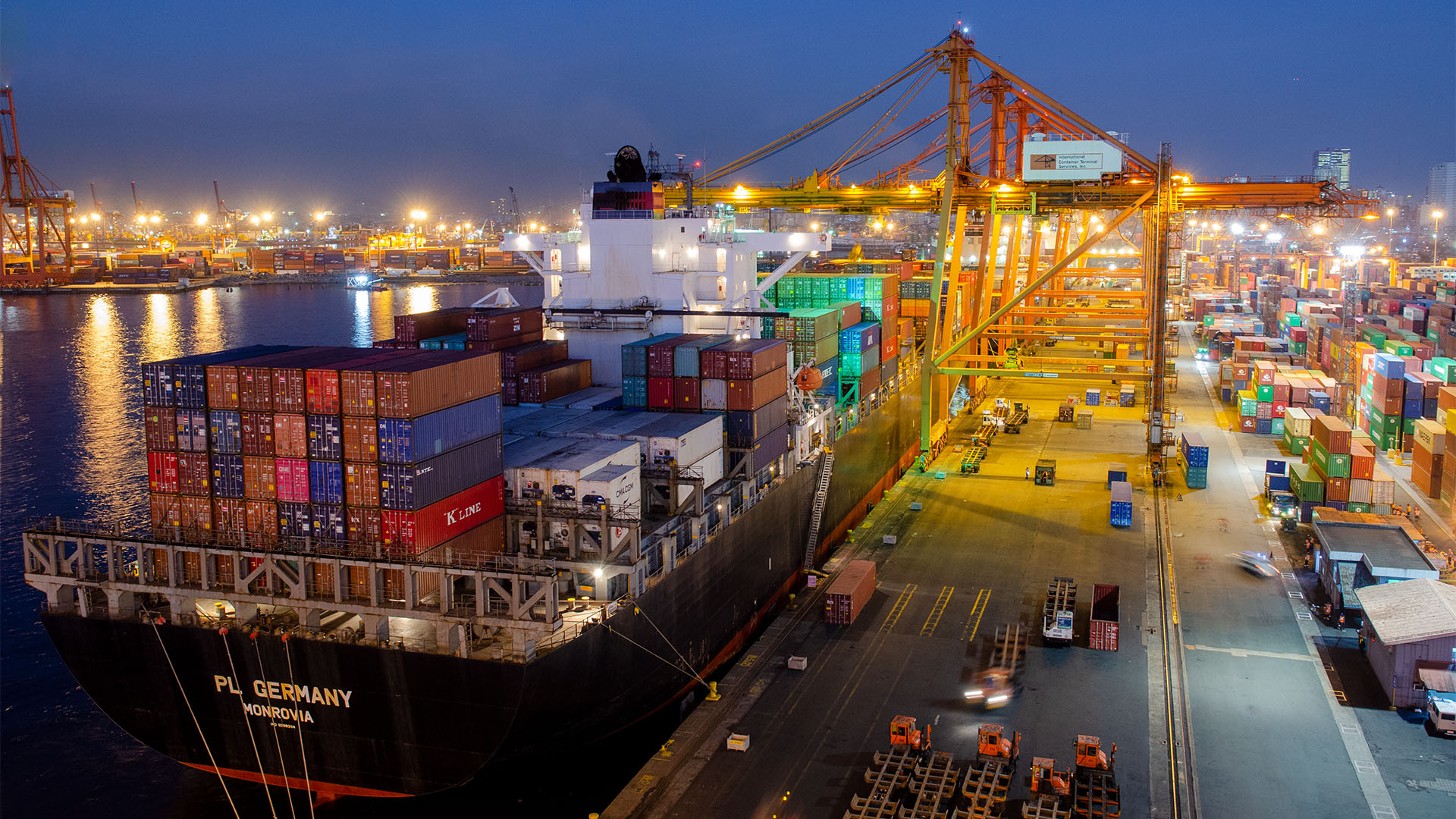