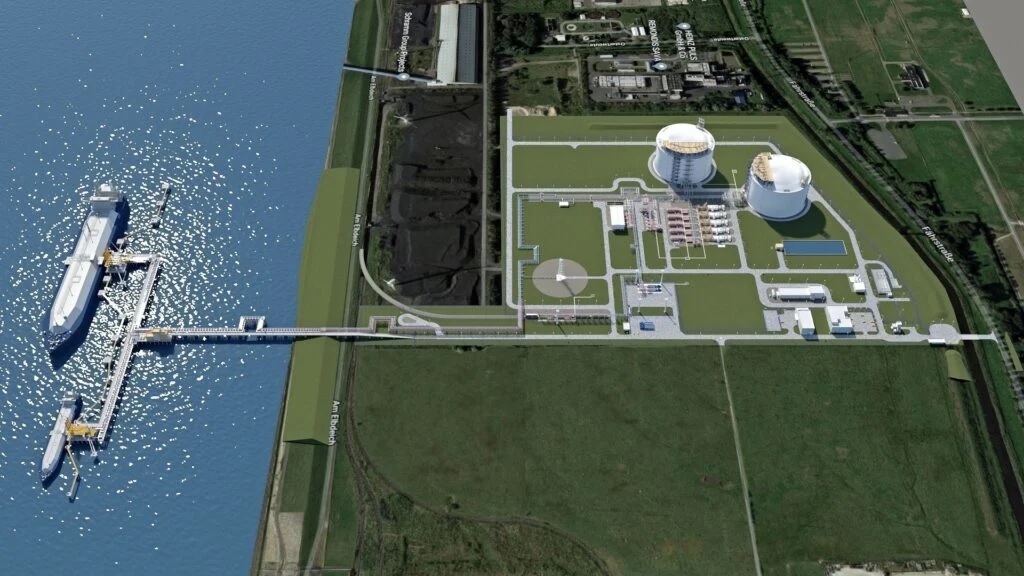 Construction of Brunsbüttel LNG terminal kicking off in September

Germany will begin the construction of its planned Brunsbüttel LNG terminal in September with the commissioning expected at the turn of the year 2022/2023.

On 20 July, the Schleswig-Holstein government published the schedule for a floating liquid gas terminal at the Brunsbüttel site.

The terminal will have two LNG tanks with a capacity of 165,000 cubic metres (cbm) each and an LNG regasification plant. The plans foresee an annual throughput capacity of 8 billion cubic metres (natural gas). It will specifically feature a jetty with two berths for LNG carriers (up to size QMax) and smaller LNG ships. Also, it will have facilities for unloading and loading the ships.

As early as the turn of the year 2022/2023, the terminal is to be built at the Elbe port of Brunsbüttel. The FSRU terminal is to make a decisive contribution to securing the gas supply in Germany. To this end, the approval procedures for the pier of the liquid gas terminal (jetty) and the approval processes for the operation of the facility at the site must be completed by the turn of the year.

In addition, additional infrastructure must be approved and built. The project will therefore be implemented in three phases, some of which start in parallel.

Since there is currently no free berth for the FSRU available in the port, the existing hazardous goods berth is being used temporarily and converted at short notice (interim solution). The construction activities for the interim solution will start at the beginning of September this year.

At the beginning of October, the construction of the three-kilometre-long natural gas transmission line (ETL) 185 will start, which will be completed by the turn of the year. After commissioning, gas deliveries amounting to 3.5 billion cbm per year will be fed into the network via this pipeline on an annual average, whereby it is slightly more in winter than in summer.

The second phase will entail the construction of the new jetty, which is expected to begin in November and should be completed in March 2023.

The FSRU will then feed gas from this new terminal into the grid via the three-kilometre-long pipeline, so that the hazardous materials depositor is available again for its previous purposes, such as oil deliveries.

In order to significantly increase the gas capacity in Brunsbüttel, the third phase includes the construction of the 55-kilometer ETL 180 from Brunsbüttel to Hetlingen/Stade, which will connect the FSRU to the German gas transmission network.

The start of construction of the ETL 180 is also scheduled for November 2022; those responsible for the project expect commissioning in December 2023. In the future, the new gas pipelines can be used to transport hydrogen or hydrogen derivatives (hydrogen-ready).

As a result of the connection, from the end of 2023 gas deliveries can then be fed into the German gas network in the full amount of the ship’s capacity – i.e. in the amount of 5 billion cbm per year.

The approvals for a land-based LNG terminal and the necessary water-side infrastructure are running parallel to the work on the liquid gas infrastructure. After its expected completion in 2026 and the withdrawal of the FSRU, up to 10 billion cbm of gas can be imported annually.

The land-based LNG terminal will enable the import of climate-neutral energy sources, in particular hydrogen and hydrogen derivatives, with appropriate conversions. 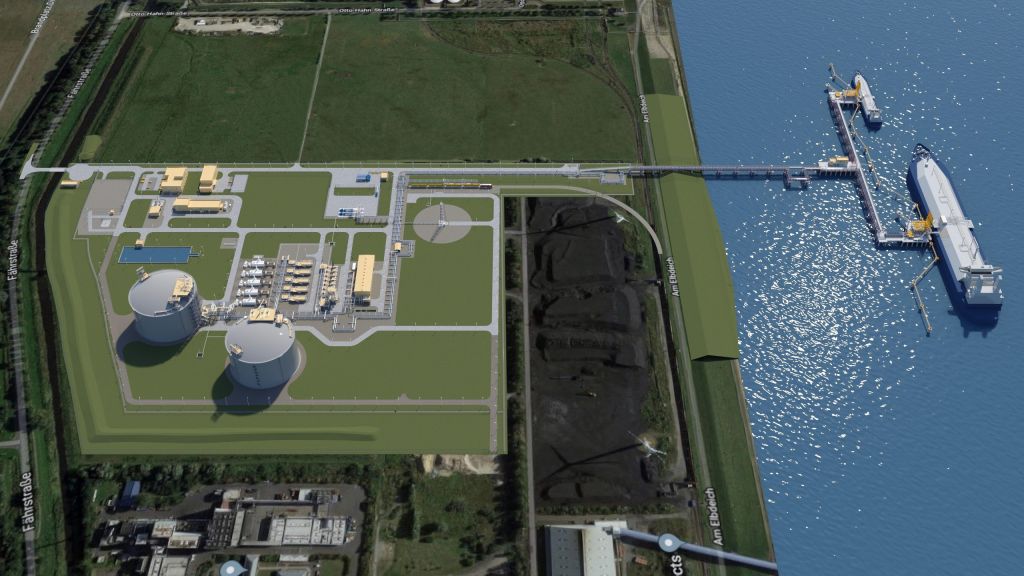