As disclosed, the vessel Hydro Bingo is a 19-ton two-deck passenger ferry equipped with a hydrogen co-firing engine that combines hydrogen with diesel fuel.

What is more, the ferry also features a movable hydrogen storage tank installed at the rear of the ship. It is designed to supply hydrogen to the engine through a separate line from light oil for co-firing, so there is no need for hydrogen filling equipment and transportation to supply hydrogen, according to Tsuneishi.

The ship was constructed to meet the functional requirements of the International Code of Safety for Ships using Gases (IGF Code) and so far, it has passed the inspection of the Japan Small Ship Inspection Organization (JCI).

Furthermore, the dual-fuel ferry is expected to reduce CO2 emissions by 50%, the companies noted.

In April 2021, Tsuneishi and CBM announced their plans to collaborate on the hydrogen internal combustion engine (H2ICE) technology for the Japanese industrial and marine market.

The partners will also build a hydrogen-powered tugboat as part of their development program. 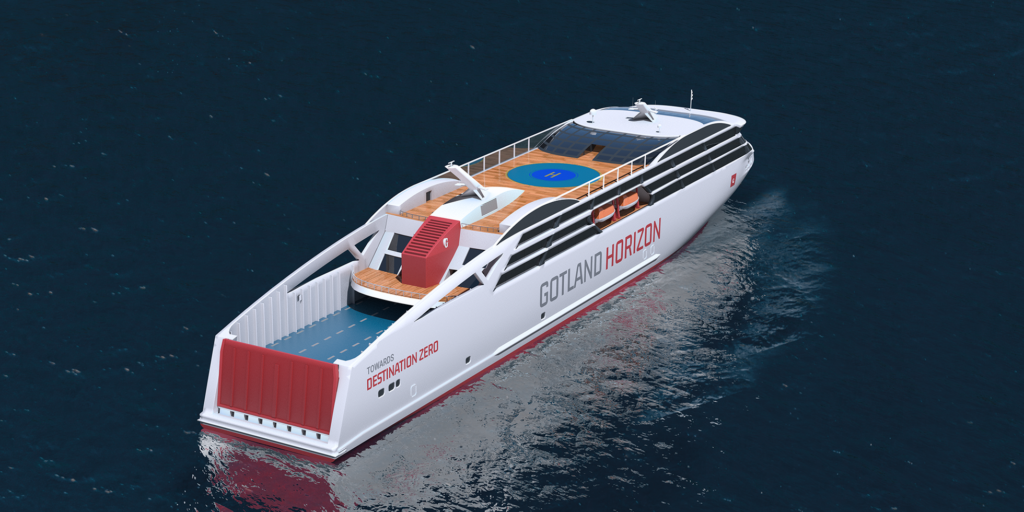