CorPower Ocean, a Swedish wave energy developer, has completed €6.5 million funding round for the development of its wave energy technology whose design was inspired by the pumping principles of human heart.

According to CorPower, the investment will allow a third round of testing of its CorPower wave energy converter (WEC), which will be conducted by a consortia made up of CorPower Ocean, Iberdrola Engineering & Construction, The University of Edinburgh, EMEC, and WaveEC.

Patrik Moller, CEO of CorPower, said: “This funding now means that we can take a significant step forward towards bringing this cutting edge technology to market and could help enable a fundamental shift in electricity generation from ocean waves. By implementing the WaveSpring technology we have created a wave energy product that can compete with other renewable technologies in structural efficiency.”

The Stage 3 program includes a dry testing phase to verify performance and reliability in a controlled on-land environment using an advanced hardware-in-the-loop rig followed by ocean deployment at the Scapa Flow test site on Orkney.

Corpower’s WECs have power take-off (PTO) design that combines the high load capabilities from hydraulics with the efficiency of mechanical drive.

The device uses WaveSpring phase control technology which amplifies the waves motion, thus amplifying power capture, which is then converted to electricity.

CorpowerOcean was founded in 2009 in Sweden, and the development of its WEC is part of a larger collaboration with KIC InnoEnergy, the Spanish energy company Iberdrola and the Portuguese Research Institute WavEC Offshore Renewables. 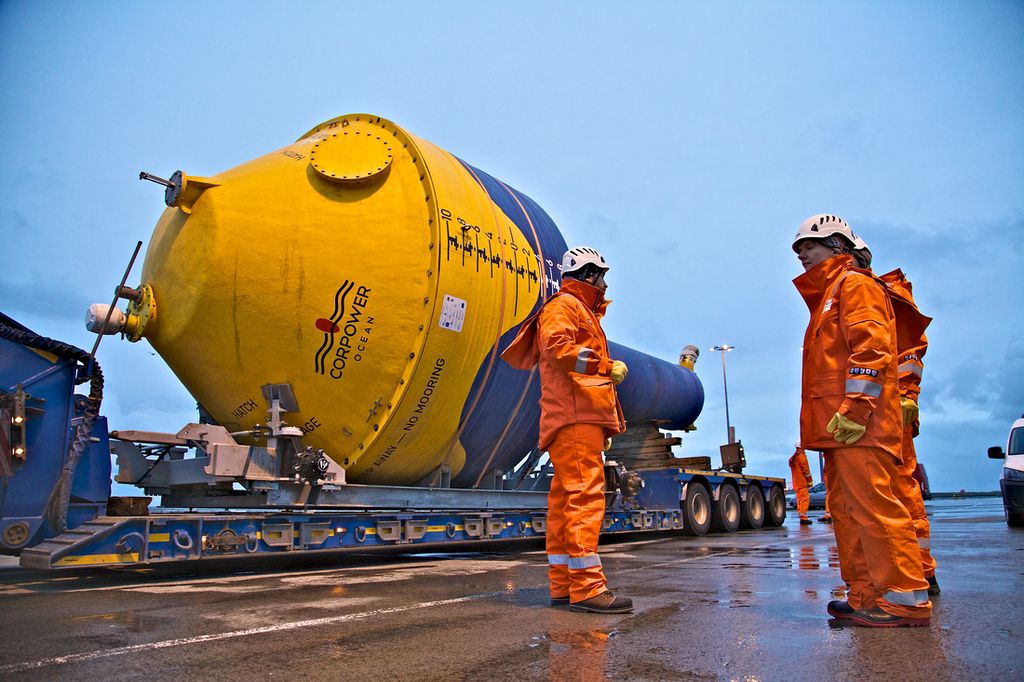