Photo: Guoyu rig (on the right) and the Energy Encounter (on the left); Source: Cosco

Cosco said on Wednesday that the Super116E rig, named Guoyu, was also the fifth jack-up drilling rig newbuild delivered by the company. The rig will be operated under the supervision of Guohai Offshore Asset Management.

The Guoyu drilling rig is a brand-new jack-up designed and constructed per special requirements of the ABS classification society, International Maritime Organization, and certain oil companies.

The living area can accommodate 120 people and is equipped with a kitchen, dining room, medical room, unit room, recreation room, gym, and other facilities which fully meet the marine life and entertainment needs of the crew.

“The rig is a model for further expanding the domestic market following the successful cooperation between Cosco Shipping Heavy Industry Dalian and China National Offshore and Offshore Asset Management in August last year to develop the international market and deliver the N596 jack-up platform”, the company stated.

The N596, formally named Smsessa, was built for operations in the Indian Ocean, the Gulf of Mexico, and the Middle East. It is owned by Sinoocean and it started its first drilling campaign in February 2021 offshore Abu Dhabi.

In the past month, this has been the third delivery of Chinese-built rigs. Apart from this latest delivery, Shanghai Waigaoqiao Shipbuilding (SWS) delivered two JU2000E jack-up rigs – the Guoshun and Guoxin – on 3 March.

The Guoshun is operated by China National Offshore Oil Services and is set to operate in the East China Sea to assist in China’s oil and gas resource exploration. The Guoxin rig will be operated under the supervision of Guohai Offshore Asset Management.

The two rigs are of the JU2000E jack-up type with the basic design of the platform provided by the F&G company. The leg length is 166.98 metres, the hook load is 907 tons, the maximum drilling depth is 10,000 metres, and the operating water depth can reach 120 metres. 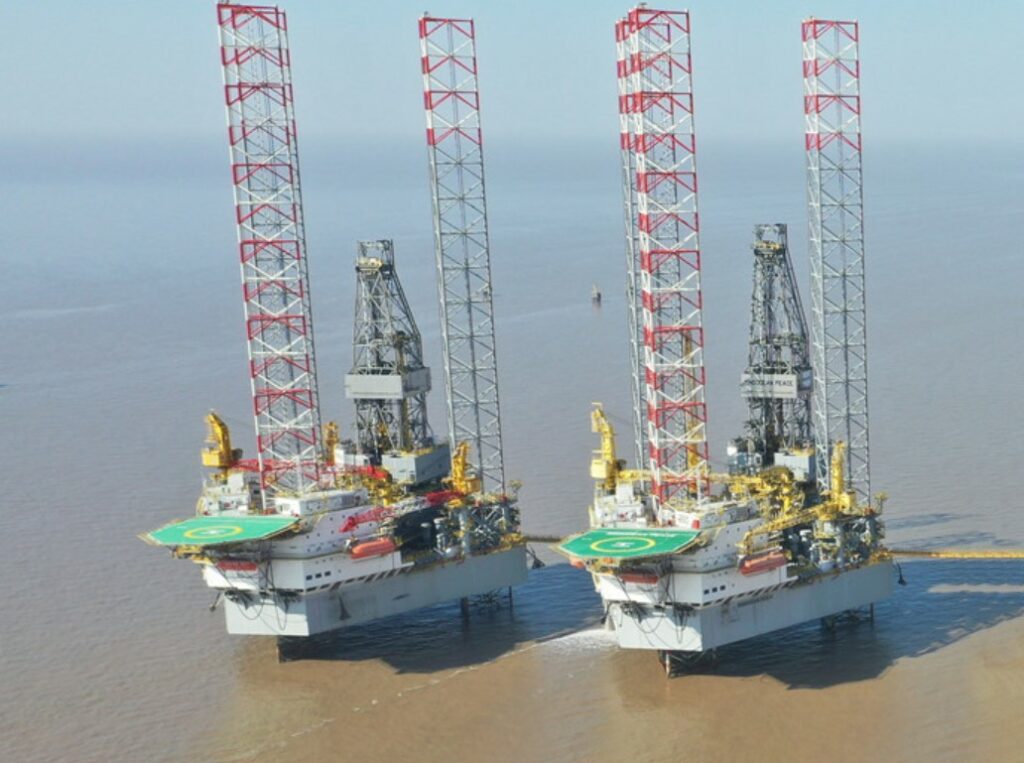