“We’ll be signing off on the government trust on August 11 and that will trigger the go-forward on the next phase. We’re very pleased,” de Young said.

The firm expects to invest some US$14.9mn in completing detailed designs, which cover technical, legal, financial and environmental aspects of the project, as well as preparing the tender document drafts.

The government selected an independent auditor for the project, which will be hired through a trust set up by Amega. The expense will be included in the firm’s project development costs.

The transfer terminal will have capacity to handle 2mn TEUs/y with a 1km dock, a 19m-deep access channel to Moín port and docking space for three container ships carrying around 15,000 TEUs.

The terminal project has an estimated cost of US$900mn and Amega is busy looking for investors.

“We’ve got a lot of interest worldwide. We’re traveling extensively to various parts of the world including southeast Asia and China and we’ve got people from France coming. In terms of international trade, it’s a very interesting project and people want to get involved,” de Young said.

Although the project has taken some time to reach this stage, Amega has developed a positive relationship with the government.

“I think the fact that it’s received approval from the government and there are no controversies surrounding Amega is very positive for us,” the executive added.

“The government trust is actually being signed in a matter of months and weeks, not years, so we see a progress being made because of the relationship,” de Young said. 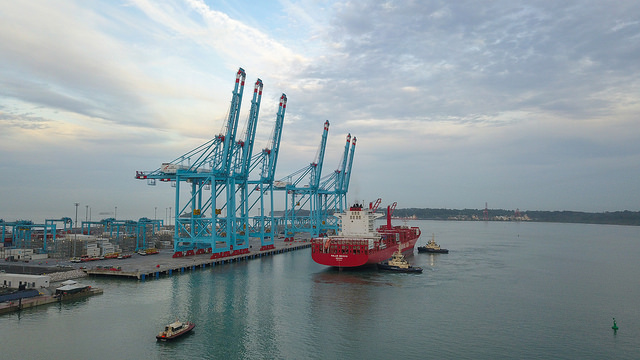