WiSEED, a digital investment platform, is launching a crowdfunding campaign for NEOLINE Développement, a French pioneer in the development of environmental-friendly maritime transport solutions.

It will also accelerate the developments of future sailing ships as well as future lines.

A sailing cargo ship to reduce fuel consumption up to 90%

Founded in 2015 by a team of former merchant navy officers, NEOLINE is developing the NEOLINER, a roll-on/roll-off (RoRo) cargo ship using wind as the main propulsion and diesel-electric auxiliary propulsion, capable of offering safe and efficient transport, reducing fuel consumption by up to 90% — compared to a conventional ship of equivalent size.

NEOLINE offers a shipping solution that combines operational relevance, energy efficiency to move towards zero emission and meet the needs of shippers for their transatlantic logistics chains. It is scheduled to be fully operational in 2024.

Following an international call for tenders, NEOLINE has chosen the French shipyard NEOPOLIA Mobility, gathering a local network of large groups and smaller businesses, to build its first ship. This collaboration would allow more than 65% of the construction to be French.

This line will be operated with one then two RoRo sailing ships. The first NEOLINER will be 136 meters long for a 5,300 tons capacity and can welcome 12 passengers aboard.

This ship will allow saving more than 80% of fuel consumption. It is intended to demonstrate that it is possible, by relying on the wind, to propel commercial ships in an almost-decarbonized way, while providing an industrial-scale, efficient and environmentaly friendly logistics service.

With more than 2 years to go before the launch of the first ship, contracts and letters of intent already ensure that the breakeven point of the first ship is covered, as well as 70% of the second ship.

“Our crowdfunding platform has a long history of supporting start-ups and SMEs that innovate in the field of energy transition and green growth,” Jean-Marc Clerc, Managing Director of WiSEED Transitions, commented.

“NEOLINE is a pioneer company that relies on nearly 10 years of research and studies, and on the expertise of a high-level team. The numerous industrial, financial, and commercial partnerships that the company has already established, as well as the credibility of the roadmap that is being presented to investors, all confirm the considerable potential of NEOLINE for investors. This project is not only innovative but above all visionary.”

“We are very happy today to be able to propose to everyone, together with WiSEED, to become an actor of the energy transition, to invest in the future, to embark with NEOLINE on the adventure of a responsible maritime transport! Collectively, we can reduce the impact of shipping, its inherent energy needs as much as possible, and mainly use the free, immediately available and renewable energy of the wind,” Jean Zanuttini, president of NEOLINE, said. 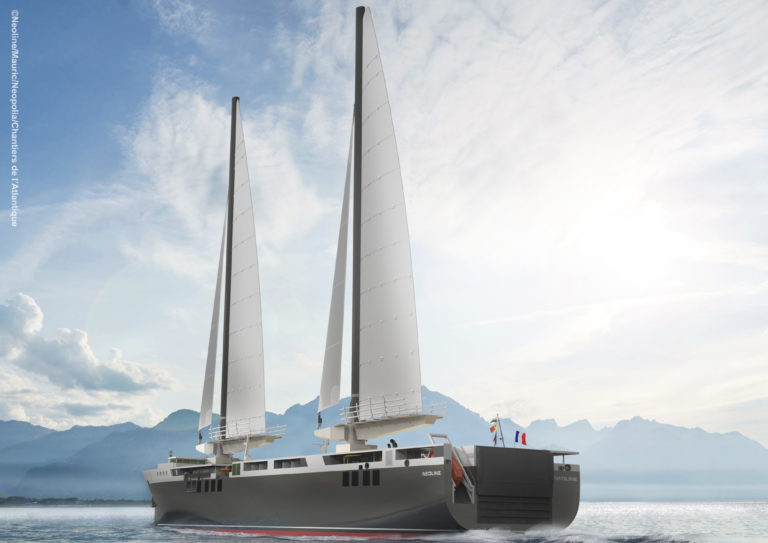