South Korean shipbuilding company Daehan Shipbuilding has received an order for up to four 1,000 TEU boxships from compatriot shipping company Pan Ocean, which is the first containership order for the shipbuilder since it was established.

Under the contract, the company will first build two ships, with an option for two additional ones. The new vessels will measure 147.9 meters in length, 23.3 meters in width, and 11.3 meters in depth, according to Daeahan Shipbuilding.

The construction of containerships is scheduled to start next year, while the vessels are to be delivered in 2023.

The value of the contract for the new vessels was not revealed.

This order for Daehan Shipbuilding was carried out to secure the sustainability of the company by diversifying ship types through entry into the containership market. In the future, the South Korean firm plans to increase the number of orders received by domestic shipping companies.

The total price tag for the vessels is KRW 500 billion ($417 million), which is the largest contract since the Daehan Shipbuilding was established, the company revealed. 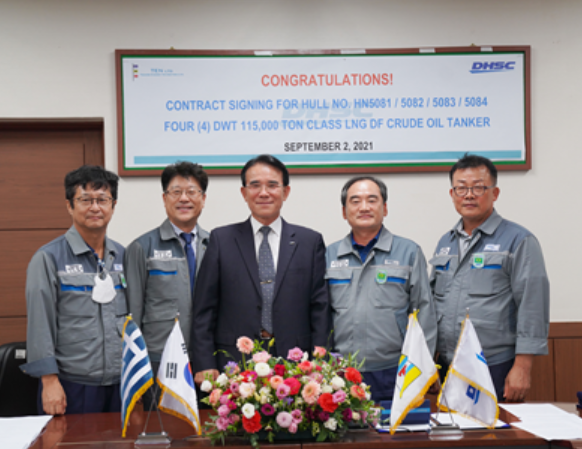