Swiss-based liner major Mediterranean Shipping Company (MSC) is starting the year on a high note with the construction of its New Panamax giants in China making headway.

The ultra-large containership will feature air lubrication and a shaft generator to reduce drag and cut fuel consumption while emitting less GHG. The containership is fitted with a hybrid exhaust gas cleaning system (scrubber) in line with the IMO 2020 requirement.

The main engine of the vessel will be equipped with high-pressure Selective Catalytic Reduction (SCR) which reduces NOx exhaust emissions making the vessel compliant with the IMO Tier III emission standards. Furthermore, the energy efficiency design index (EEDI) value of the ship is lower than the baseline by more than 57%, Dalian said.

Based on the data from VesselsValue, there are two 16,000 TEU containerships at DSIC that are scheduled for delivery to MSC in 2023. Six additional vessels of the same size are expected to follow suit in 2025.

MSC, which has kept a rather lowkey profile on newbuilding orders, is believed to be behind the order for six dual-fuel ammonia-ready boxships at DSIC placed in January 2022.

Data from VV shows that the liner company has at least 78 containerships on order, including 20 Post Panamaxes, 36 New Panamaxes and four ULCVs being built across Chinese and South Korean yards. The vast majority of these are reportedly LNG-ready or LNG dual-fuelled. 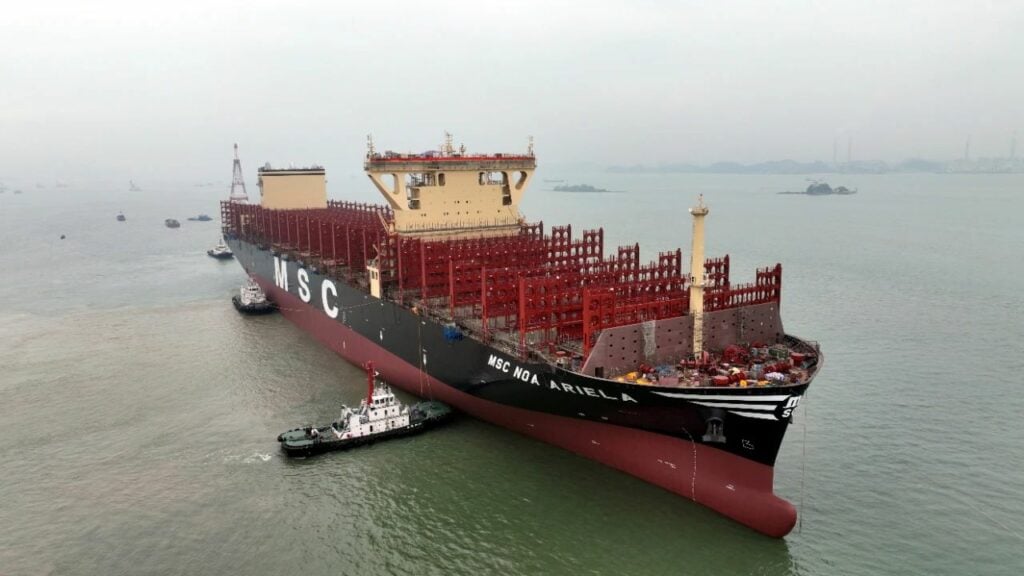