Damen Shipyards Group and Wilson Sons (Brazil) have signed a contract for ten Damen ASD Tugs 2411 and two ASD Tugs of the new 3212-type, destined for the booming Brazilian market. The vessels will be built at the Wilson Sons shipyard in Guarujá, São Paulo and will go into service for Wilson Sons subsidiary Saveiros Camuyrano Serviços Maritimos.

Wilson Sons has one of the biggest tug fleets in Latin America, serving all the Brazilian waters both in harbours, inshore and out at sea. Its fleet consists of approximately 75 tugs of which at least 50 tugs are Azimuth Stern Drives, most of which are Damen standard designs. The two companies have achieved a high level of cooperation: Wilson Sons builds locally, using Drawing, Engineering and Materials Packages provided by Damen and achieving the same high standards which have made Dutch-based Damen Shipyards a world market leader in allround harbour tugs.

Of the ten ASD 2411’s in this contract, five will have a 55 t bollard pull and five will have 70 t BP. Wilson Sons is no stranger to this vessel, as they already have 19 of them in their fleet, used mainly in harbour operations and in restricted, inshore conditions. These new 2411’s, however, will comply with the latest IMO and MLC 2006 crew accommodation and comfort regulations.

The two Damen ASD 3212’s will be a new departure: this brand new tug type was introduced at the ITS (International Tug & Salvage Convention and Exhibition) in Barcelona in June 2012. It is specially designed for working in challenging conditions and to have a wider range than regular tugs: ideal for salvage in exposed locations and for operations related to Brazil’s offshore oil industry.

The ASD 3212 has a powerful 80 t Bollard Pull and a host of new features, such as extra-thick ‘double sausage’ fendering for improved energy absorption and a high bow to keep the foredeck dry. Damen has co-operated with the Dutch MARIN institute and the Delft University of Technology to further improve hull form, bilge keels and skeg shape, resulting in a vessel that can do its duty in three metre wave height. Manoeuvrability and crew comfort have also been addressed and the ASD 3212 complies with all major Classification Societies’ requirements and the latest international environmental regulations.

Damen Shipyards will send the first Construction Packages for these tugs to Brazil in January 2013. Wilson Sons expect to have built all twelve of them by the end of 2015. 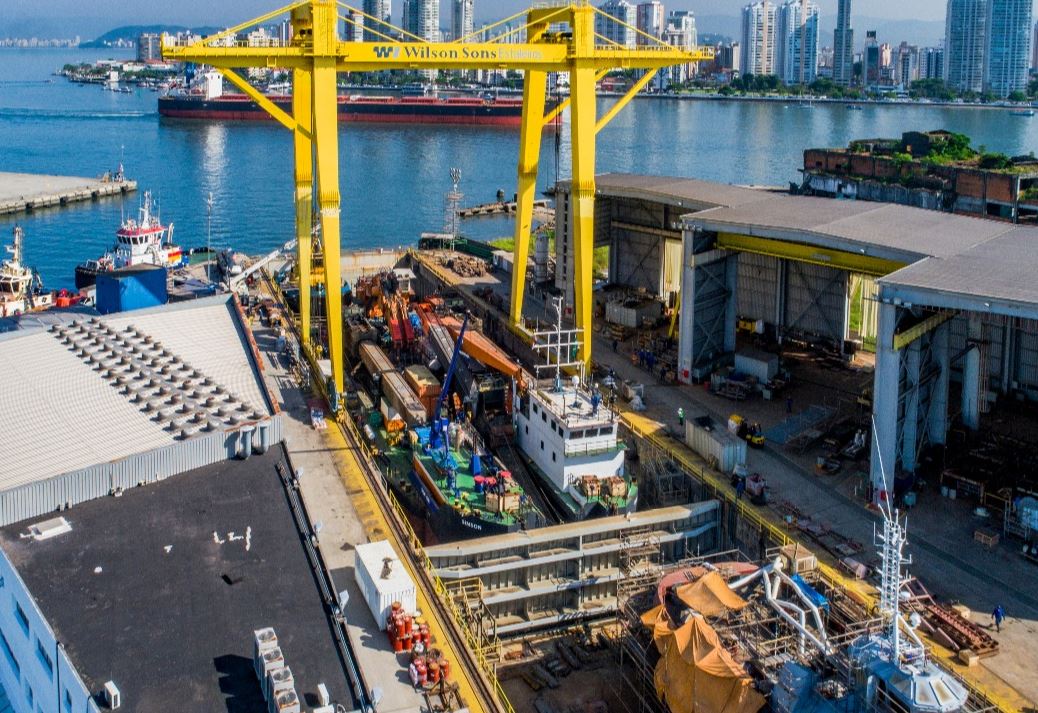