LM Wind Power Group made continued progress despite being faced with a range of external pressures, maintaining profitability for 2011 with revenue of EUR 707.5 million and EBITDA of EUR 73.9 million. The results are in line with expectations for the year, yet disappointing and lower than last year.

In June, EBITDA was EUR 59.5 million, a 26 % increase versus 2010. In China there was an improvement in year on year sales and EBITDA – clear evidence of the company’s strong position in this critical market.  Margins held despite significant price pressure. In Europe, there was 16% growth in sales. In India, there was major growth with sales and EBITDA also up. In North America, a temporary downturn in orders was compensated by a headcount reduction of 180 employees to protect profitability. Service and Logistics capacity utilization improved and the warranty backlog was reduced. Svendborg Brakes maintained acceptable margins despite strong challenges in the marketplace.

However, in the third quarter, the company began to feel the full effects of a variety of unexpected headwinds in the different markets in which it operates. The consequences of the European financial crisis became more evident, in China the government began to temporarily re-balance renewable energy capacity and our customers were forced to confront significant challenges which in turn affected LM Wind Power.

The company initiated a variety of proactive measures in advance of these impacts which protected the full year results to some degree.  A detailed focus on cash generation and process improvements began to yield results. 2011 also saw a peak spend of EUR 42.9 million on resolution of mainly historical warranty issues.

Exceptional items accounted for EUR 32.1 million incurred to support delivery of an overall 129.3 million of annual costs savings. To optimize the global manufacturing footprint, the company downsized its largest plant in Spain at Ponferrada.  Likewise in China, production temporarily ceased at one plant, Urumqi, in a further cost saving move.

Operational cash flow excluding repayment of long term debt for the year was a net outflow of EUR 34.4 million.  Of this total, the company generated inflow of EUR 65.3 million from operations as compared to EUR 119.6 million in 2010.

Positive inflow of debt to creditors of EUR 2 million was offset by negative outflow of EUR 3.8 million in stock and debt receivables, leaving a net outflow of working capital of merely 1.8 million – a direct result of the increased focus on cash management across the Group.

Roland Sundén, CEO of LM Wind Power, said:
“2011 was definitely a year of two halves. The full year results for 2011 are disappointing. The first half was in line with expectations but multiple external factors impacted the second half of the year. The management team was compelled to react swiftly to the changing market conditions.

LM Wind Power achieved EBITDA on ordinary activities, before impairment and special items of EUR 73.9 million for the year. This represents a significant decline of 40.9% from EUR 125.1 million the previous year.

The fundamentals of the wind energy business remained strong and the overall outlook is positive for the medium to long term, with increasing demand for energy globally, continued concern over climate change and security of energy supply. Despite these strong trends, in 2011 we once again saw significant volatility, exacerbated by global economic dynamics, the growing Asian economies and the sovereign debt crisis which has caused pervasive economic and political uncertainty in the US and Europe.

While LM Wind Power has maintained a global leadership position in a highly competitive market, we had to take a number of steps during the year to ensure we remain ahead of the game. The management has demonstrated a strong track record of acting to address challenges and opportunities.  2011 provided further evidence of this.

Significant cost savings were achieved through headcount reductions, downsizing of some manufacturing capacity and we continued a fundamental review of the cost base throughout the group.
We made significant improvements to the cash management system and ensured much tighter forecasting, renegotiated supplier payment terms, secured some higher pre-payments to support future strategic investment and sought specific customer agreements to secure overdue receivables.

There were other important improvements too. Since 2007, LM Wind Power has divided its number of lost time accidents by a factor of nine and reduced its cost of quality by a factor of six through process optimization in manufacturing.

Adding to the positive side, India saw significant year on year growth resulting in expansion of the factory there and strengthening the company’s market position. For onshore, we launched several very competitive rotors for 2MW turbines in low speed Wind Class III which are now operating in USA, Australia, India and China. We launched a 48.9 metre blade and continued to ramp up the Globlade® 1, which we began to sell in India and the USA after its introduction in China in 2010. Offshore, we launched the largest blade in the world, the breakthrough 73.5 metre for Alstom and a rotor for the 5MW XEMC turbine.

The company’s global market share in wind turbine blades was stable versus 2010 at 14%.

In our Service and Logistics business, performance improved significantly and coincided with a major increase in warranty resolution.  In the Brakes business also, issues in the Chinese market had an adverse impact on performance.

There were some exceptional costs of EUR 32.1 million which we incurred to support delivery of a total EUR 129.3 million of annual costs savings by 2014.

We expect to face difficult market circumstances with overcapacity, slower demand and price pressure.  We continue to focus on cash management and cost saving initiatives to ensure we can deliver new blades at competitive prices.” 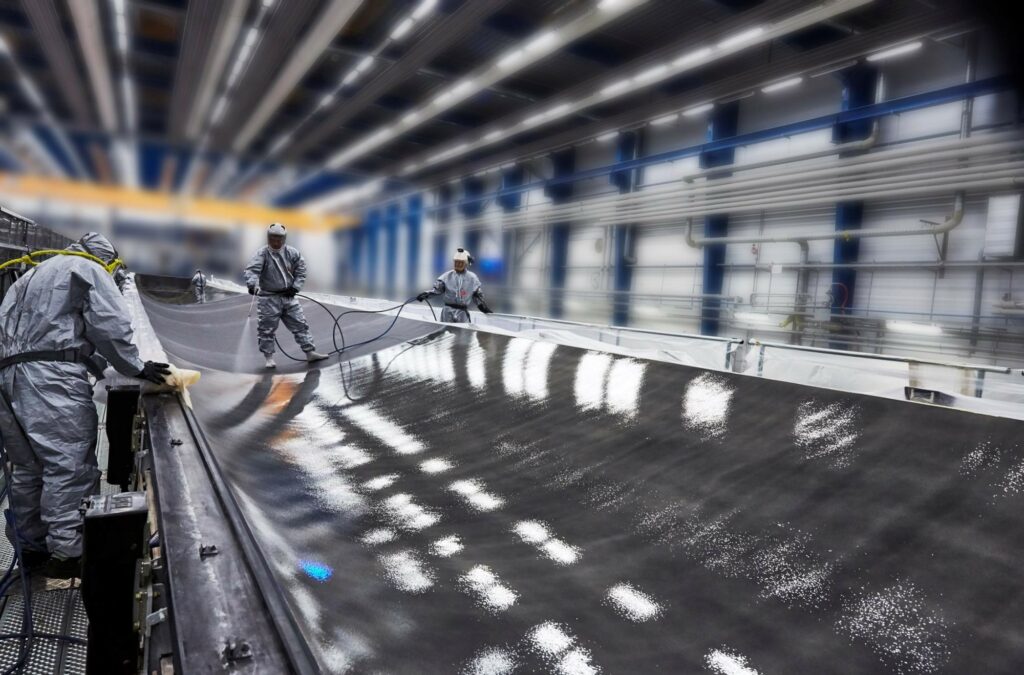