DesignPro breathes life into its turbine in a new video

DesignPro Renewables has published an animation, created in cooperation with Norwegian company Rendering.no, that shows DesignPro’s hydrokinetic turbine technology and its transport, deployment and maintenance capabilities.

The concept involves two vertical axis turbines placed on each side of a teardrop shaped vessel. The vessel, coupled with the Blade Pitch Control System, speeds up the water into the turbines to produce significant energy in low flows of water, DesignPro writes.

At the end of August, the company shipped its first 25kW device from Limerick, Ireland to France, where it will be deployed at the SEENEOH test site in Bordeaux in the coming weeks for environmental and operational testing while connected to the French grid generating renewable power.

The Ireland-based hydrokinetic turbine technology developer is currently in the design phase for a larger 60kW device.

The company has been funded by EU’s Horizon 2020 SME Instrument for the €2.7 million project to develop and commercialise its 25kW and 60kW hydrokinetic turbines for riverine and estuarine environments. 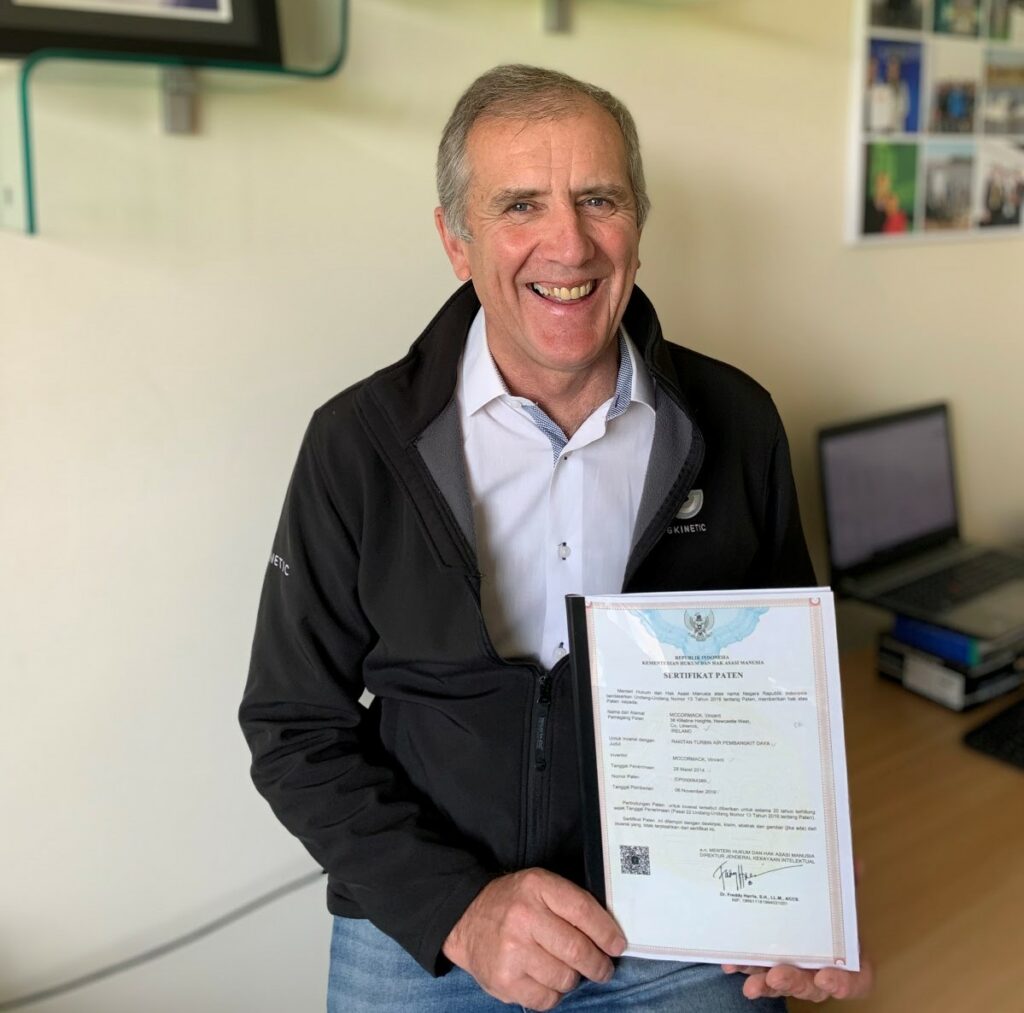