During 30 years as a commercial diver Bob Durrant was often intrigued by the impact discarded car tyres had on the seabed.

So instead of retiring, he launched a company to investigate whether linked tyres could prevent sand scouring which causes problems for turbines, cables and other subsea structures.

Now Bob is celebrating the success of Scour Prevention Systems winning the EEEGR Energy Innovation Awards – with his patented idea about to be given on-site trials by international energy company E.ON.

“We first talked about the idea eight years ago but didn’t start the company, at Lowestoft’s OrbisEnergy Centre, until two years ago,” said Bob. “We’ve been testing our SPS solution ever since. Winning the award is out of this world; it’s the pinnacle of everything.

“I’m 69 now and had put off retiring to get this off the ground – I can take it a little easier now that it has been recognised.”

He thanked EEEGR (the East of England Energy Group) for its encouragement and praised the three other members of his company – his son and fellow diver Richard, engineering specialist David Watson and sales and marketing director Mark Aspinall, for their support.

E.ON tests should begin at the end of April on the device which links car tyres to form a mat to rest on the seabed and fill with sand. It forms an inert protective ‘skin’ over the seabed which is too light to sink and which he believes will eliminate scour.

Runner-up in the awards was CHPV, another Lowestoft company, in which owner Alan O’Neill developed an innovative use for miniature HD cameras to film footage of previously inaccessible sites or close-up activity of key aspects of the energy industry. The footage could be invaluable for media, marketing, documentaries, training, safety and a host of other uses.

EEEGR’s member of the year award was presented to Graham Hacon, director of the 3sun group at Great Yarmouth, for going the extra mile in support of the group’s work.

The awards were presented during a gala dinner attended by 210 guests at the Holiday Inn, Norwich International Airport, compered by Clare Weller. 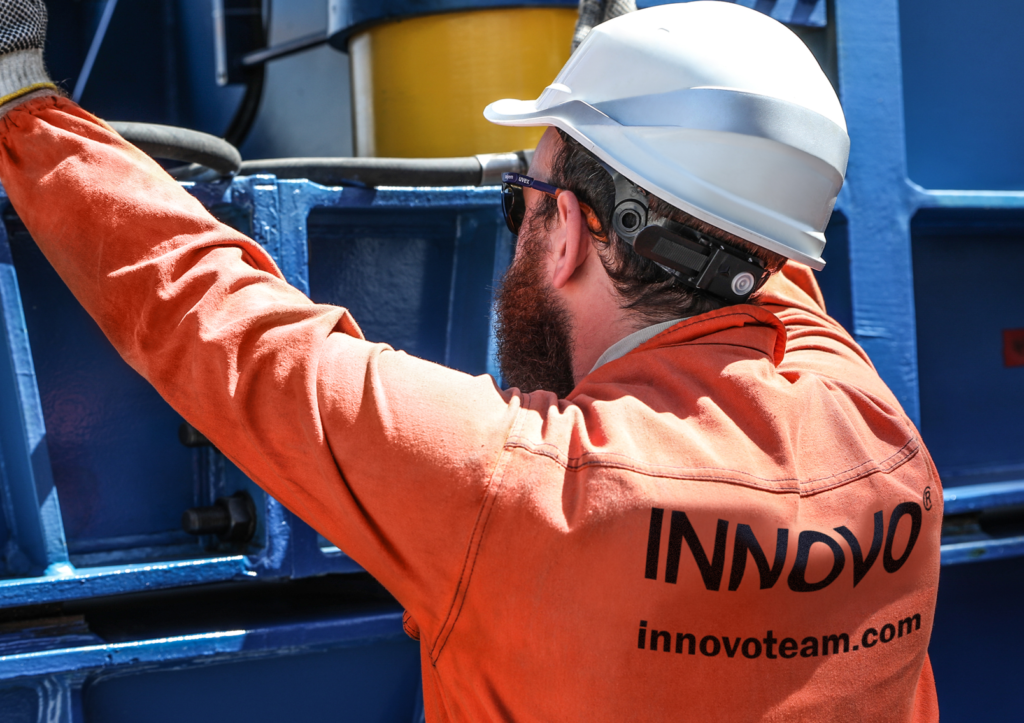