Rochdale-based Granada Material Handling Limited (Granada) is the latest UK firm to sign a contract with DONG Energy for the world’s biggest wind farm, the 1.2GW Hornsea Project One located some 120 kilometres off Yorkshire.

Each of the Siemens 7MW turbines will require a davit crane and Granada will assemble and test all 174 at their facility near Manchester. Each crane weighs approximately 3,000 kilograms and has the lifting capacity of one tonne. They will be fixated to the foundation platform next to the turbine tower, to help lift parts and tools from the crew transfer vessels to the turbines.

“With more projects planned in the UK, it is of strategic importance to us to develop the supply chain here,” Duncan Clark, Hornsea Project One Director, said.

”Earlier this month we announced our investment in CS Wind’s facility in Campbeltown enabling them to be the first company in the UK with the ability to manufacture offshore turbine towers. Today’s contract benefits not just Granada but also their UK-based suppliers. Orders like this will help to develop suppliers’ expertise for future UK offshore projects, and hopefully projects even wider than the UK.”

As part of its strategic sourcing strategy for Hornsea Project One, DONG Energy is placing orders with UK firms, such as Granada, for many components and services for the project. Granada, who design and assemble the cranes, also place importance on local sub-contracts with their main fabricators in Bolton, final motor assembly in Leeds and painting and coating near Liverpool.

Mark Sidwell, director of Granada Material Handling Ltd, said: “The Hornsea Project One contract is not only great news for Granada but also for our UK based supply chain. Granada has ambitious plans for this market sector and having supplied over 650 offshore davits is the UK’s leading offshore wind farm davit crane supplier.” 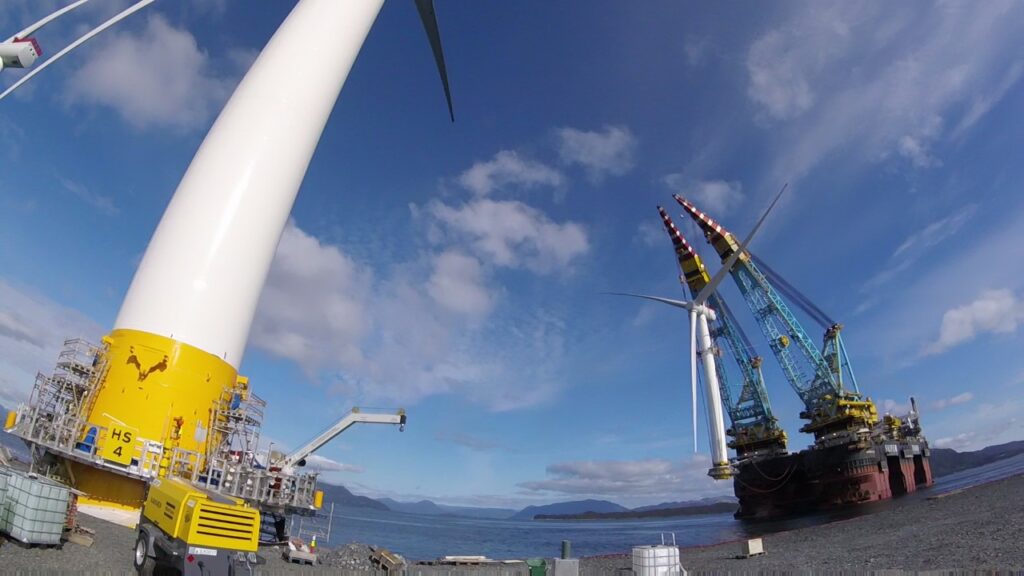