Korean shipbuilder Daewoo Shipbuilding and Marine Engineering (DSME) has named the MSC Oscar, which with the nominal capacity of 19,224 TEU has claimed the title of the world’s biggest containership.

The prestigious title has been taken over from China Shipping’s CSCL Globe, boasting 19,100 teu, which is currently on its maiden voyage in Europe.

The vessel’s size is the equivalent of four soccer fields, featuring 395.4 m in length.

The MSC Oscar was ordered by China’s Bank of Communications in 2013 and is hired on long-term charter by Mediterranean Shipping Company (MSC). The order includes construction of two more ships.

After the christening ceremony the MSC Oscar departed for Busan.

The colossal ship will be employed on Asia-Northern Europe route, that will include calls at Busan – Qingdao – Shanghai – Ningbo – Rotterdam – Antwerp and elsewhere.

The behemoth containership will embark on its maiden voyage to Europe on the 25th of January. 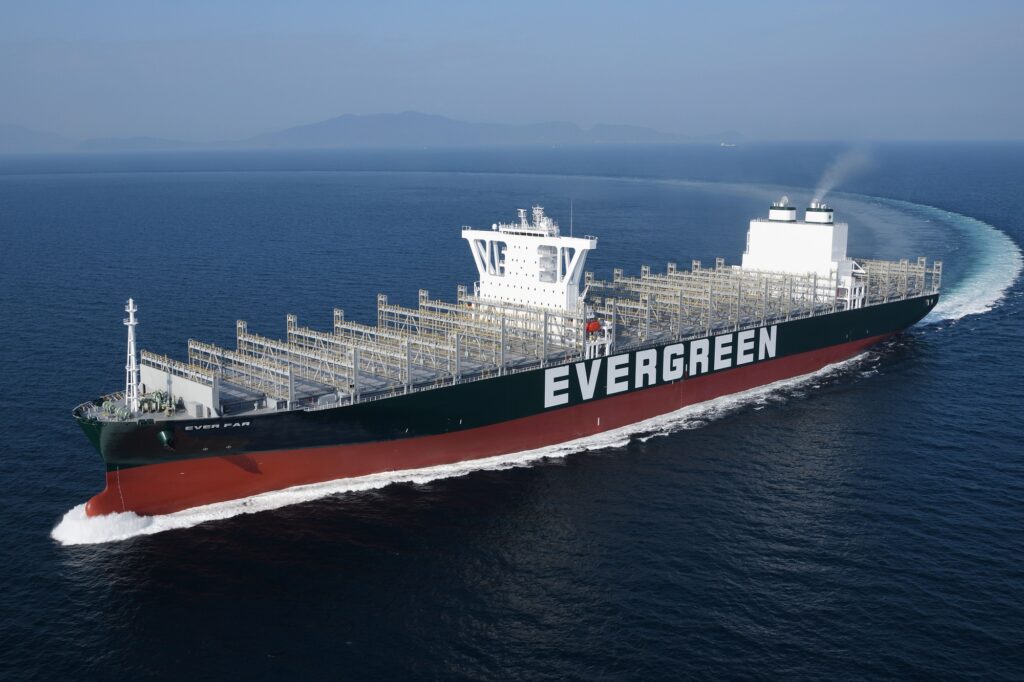