Advertisement
Back to overview
Home Shipbuilding DSME Shipyard in Flames

Two workers died and seven were injured in a fire that broke out in a dry dock 8 at Daewoo Shipbuilding & Marine Engineering’s Okpo Shipyard in Geoje at around 9 am local time today, according to local media.

The injured workers were hospitalized and treated for smoke inhalation.

The fire reportedly started while the workers were welding inside a hull of an LPG carrier, and apparently spread to one more newbuilding.

Local firefighters have been tackling the flames for the most of the day, and it is unclear if the fire has been contained.

The extent of the damage to the drydock and the newbuildings, initially reported as being built for BW Group, has yet to be determined.

BW Group, however, denied their newbuildings were involved in the accident.

”Construction on BW LPG’s newbuilds at DSME has not even begun and hence this fire has not impacted us,” Arathi Menon, Communications and Branding Executive at BW LPG, told World Maritime News in an emailed statement.

Apart from BW Group, Dorian LPG and Shandong Shipping have LPG carriers on order at DSME.

Dorian LPG has also confirmed to World Maritime News that none of their three 84,000 cbm newbuildings currently under construction at DSME have been damaged in fire.

Shandong Shipping has yet to reply to our inquiries seeking comments on the accident. 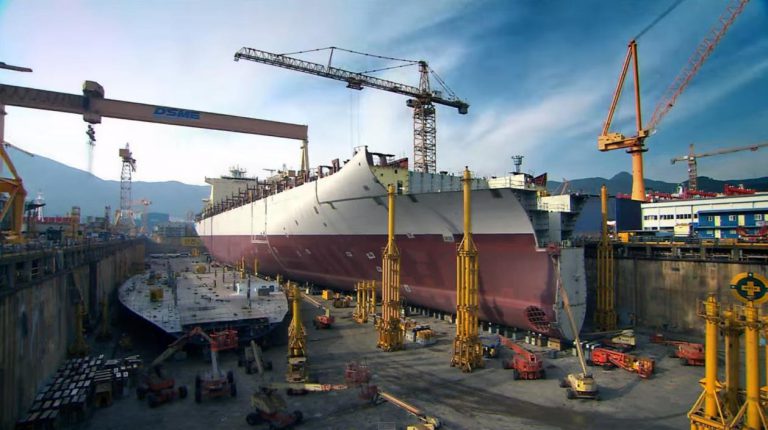