The Dutch transmission system operator TenneT TSO B.V. and its Danish counterpart Energinet.dk have given their final approval for the development of COBRAcable. This new, over 300-km-long subsea direct-current electricity connection, will directly connect the Dutch and Danish power grids. Completion of the cable is scheduled early 2019.

“An important purpose of the COBRAcable is to allow for the integration of more renewable wind energy into the Dutch electricity system,” said TenneT CEO Mel Kroon. “The cable will make an significant contribution to the realization of a sustainable international energy landscape. An important goal of the European Union and TenneT.”

“The COBRAcable is good news for the European electricity market. The connection will improve competition in north-western Europe and society will benefit from it. It will also improve security of supply in both Denmark and the Netherlands, to the benefit of consumers and industry,” said Peder Østermark Andreasen, CEO of Energinet.dk.

The new interconnector will have a transmission capacity of approximately 700 megawatts (MW), and will run from Eemshaven (Netherlands) to Endrup (Denmark). The connection will be constructed as a High-Voltage Direct Current (HVDC) cable, since the use of DC technology minimizes transmission losses over long distances.

In both countries the COBRAcable will have a positive socio-economic effect. The expected investment of over EUR 600 million is made by TenneT and Energinet.dk on behalf of the electricity producers and consumers. Each of the two TSOs has a 50 percent stake in the COBRAcable project. TenneT’s part of the investment is expected to be reimbursed by the revenues of auctions of transmission capacity on TenneT’s existing interconnectors which are managed by the Foundation for the Management of Allocated Funds.

COBRAcable to be part of future offshore grid
COBRA is an abbreviation of ‘COpenhagen BRussels Amsterdam’. The European Commission is supporting the COBRA project with a EUR 86.5 million subsidy under the European Energy Programme for Recovery (EEPR). The subsidy was granted to the COBRAcable because this project can be integrated into a future offshore electricity grid in the North Sea, will promote competition in the electricity market, and will contribute to the integration of large volumes of wind energy in the electricity grid.

Other subsea interconnectors
TenneT previously constructed the NorNed cable link between the Netherlands and Norway (completed in 2008, capacity: 700 MW, length: 580 km) and the BritNed cable from the Netherlands to the UK (completed in 2011, capacity: 1,000 MW, length: 260 km). Apart from the COBRAcable, TenneT is currently planning another subsea cable called NordLink. The investment decision on NordLink – a 1,400 MW subsea cable between Germany and Norway – is expected later this year. All subsea cables use HVDC technology. Click here for more information about TenneT’s cross-border interconnectors.

Energinet.dk operates subsea cables to Norway, Sweden and Germany, and is in the construction phase of the Skagerrak-4 project (700 MW), which includes an extension of the existing electricity connection between Denmark and Norway. The Skagerrak-4 link will be operational in December 2014. A new cable between Denmark and Germany (serving as the grid connection for the Kriegers Flak offshore wind farm) is scheduled to be operational by 2020, while Energinet.dk and the British TSO National Grid are examining the possibilities for a cable between Denmark and the UK.

Planning
TenneT and Energinet.dk will now set to work on securing the required permits and putting the project out to tender. The expectation is that the contracts will be awarded in late 2015, followed by the start of construction work in 2016, and completion of the cable in early 2019. 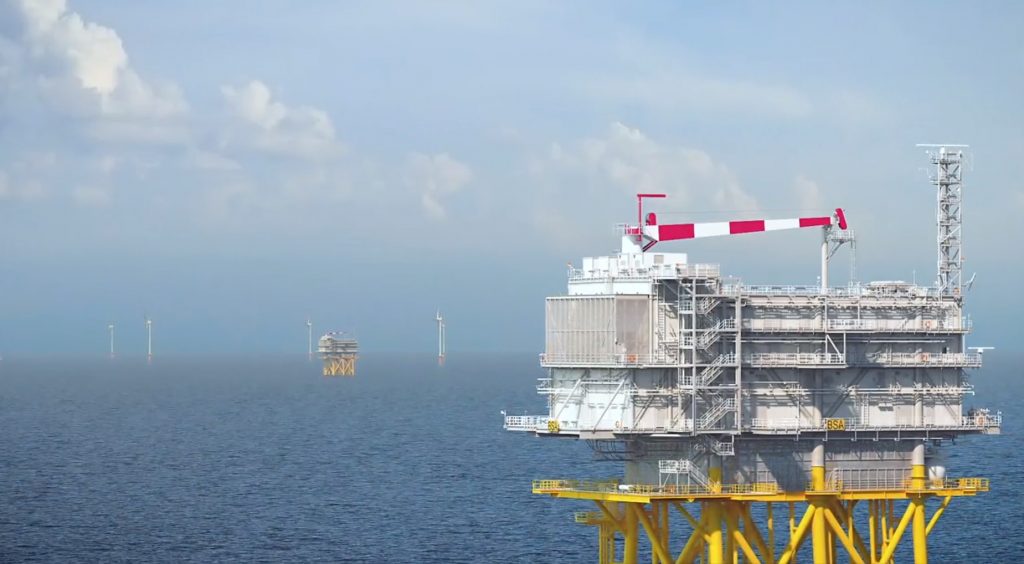