Eco Wave Power said it has officially started the grid connection works as part of the EWP-EDF One wave energy project in the Port of Jaffa, Israel.

The grid connection works take place in two parts, as they include different routes within the port.

The first part will see the infrastructure subcontractor YEHIMOVITZ SUISSA, carry out the works in the shipyard area of the Port of Jaffa, with completion set for the end of January.

Once these works wrap up the company will move forward to the second part of the grid connection route, which will be span across the warehouse area of the port.

The works consist of removing the upper layer of asphalt in the dedicated grid connection route and preparing the tunnels necessary for the electric cables.

“We are entering 2021 in full force, ready to push hard for the opening of our second grid connected project, while developing additional projects in our projects pipeline,” said Inna Braverman, CEO of Eco Wave Power.

Also, due to the onshore nature of the Eco Wave Power technology, the grid connection works will not involve any cable laying on the seabed.

In addition, the cable length will be significantly shorter and more cost-efficient than cables used for offshore energy projects, the company noted.

It also said that this highlights the significant advantages of the EWP onshore technology, in comparison with offshore solutions.

The EWP-EDF one project is executed in collaboration with EDF Renewables IL and co-funding from the Israeli Energy Ministry. 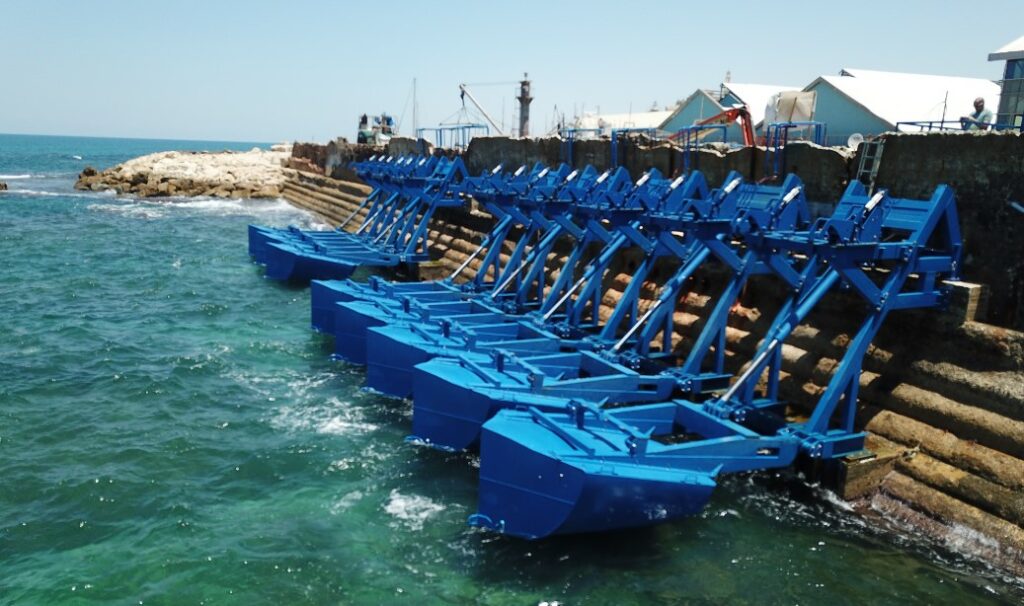