Photo: Works begin on the seawall in the Port of Jaffa (Courtesy of Eco Wave Power)

Swedish-Israeli wave energy developer Eco Wave Power has started preparation works for the installation of floaters on the seawall of the Port of Jaffa in Israel.

The works will include clearing the top cement layer of the relevant sections of the seawall, followed by adding steel rebars for reinforcement and finally the creation of a new cement layer, which will provide the necessary support for the installation of the floaters, Eco Wave Power said.

In parallel, the company has started the production of ten floaters, which are expected to arrive to site in conjunction with the finalization of the works on the seawall. All works are performed by a local subcontractor, Eco Wave Power said.

“We have previously finalized the assembly of our conversion unit and now moving forward to the most exciting part of our project, which is the installation works.

“We cannot wait to finalize the floaters production and installation of the whole array, which will enable us to send clean electricity from sea waves to the Israeli national electrical grid for the very first time”, said Inna Braverman, Founder and CEO of Eco Wave Power.

The works are part of the ‘EWP-EDF One’ wave energy project that will include 10 floaters, connected to one conversion unit.

Due to the onshore nature of the Eco Wave Power technology, the works on the seawall and floaters installation will be straightforward and will not involve any works performed from the seaside.

The ‘EWP-EDF One’ conversion unit will be located on land, just like a regular power station, enabling an easy access for operation and maintenance, according to Eco Wave Power.

The ‘EWP-EDF One’ project is being developed in collaboration with EDF Renewables IL and co-funding from the Israeli Energy Ministry. 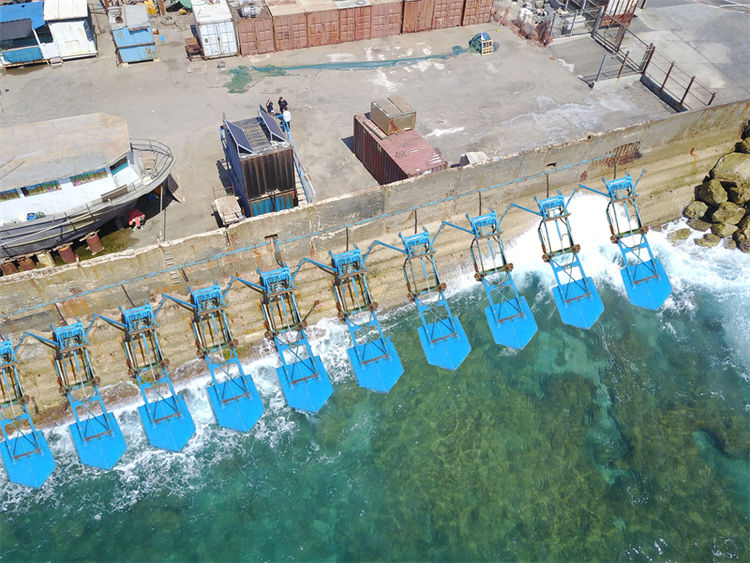