This installation represents the beginning of a new sector in the offshore wind industry and is the result of continued hard work by all WindPlus JV partners including: EDP, Principle Power, A. Silva Matos (ASM), Vestas Wind Systems A/S, InovCapital, and Fundo de Apoio a Inovacao (FAI). In addition over 60 other European vendors participated.

Following pre-commissioning of the system onshore at the Lisnave facility near Setubal, Portugal, the WindFloat was loaded-out using a dry-dock and towed offshore. The offshore tow consisted of some 350km in open Atlantic waters. The ability to tow in such conditions is attributable to the same WindFloat stability performance that permits the use of off-the-shelf commercial wind turbines from any manufacturer.

Over the next few weeks a rigorous commissioning, testing and startup procedure will be completed. This will include trial operations and a phased ramp-up in power production to full capacity.

“This is an historic moment that takes your breath away,” said Alla Weinstein, CEO of Principle Power. “In a way we are making a similar leap towards new energy resources as the Oil & Gas industry did in the 1970’s when it began using floating structures. Further, we have proven the capabilities of the Portuguese maritime industry to adapt and provide the necessary resources to successfully fabricate and deploy an offshore structure of this scale. We [Principle Power] look forward to future business and success in this and global offshore wind markets with our innovative WindFloat.”

“The (deep) ocean is the next big energy frontier,” said Antonio Vidigal, CEO of EDP Inovacao. “Deep offshore wind technology, in particular the WindFloat, will allow us to harness stronger and more stable winds, and in the medium term deliver sustainable energy into our electrical system. Now is the time for extensive testing and validation, moving forward in the development of this promising technology. The WindFloat positions EDP on the leading edge of offshore wind exploration.” 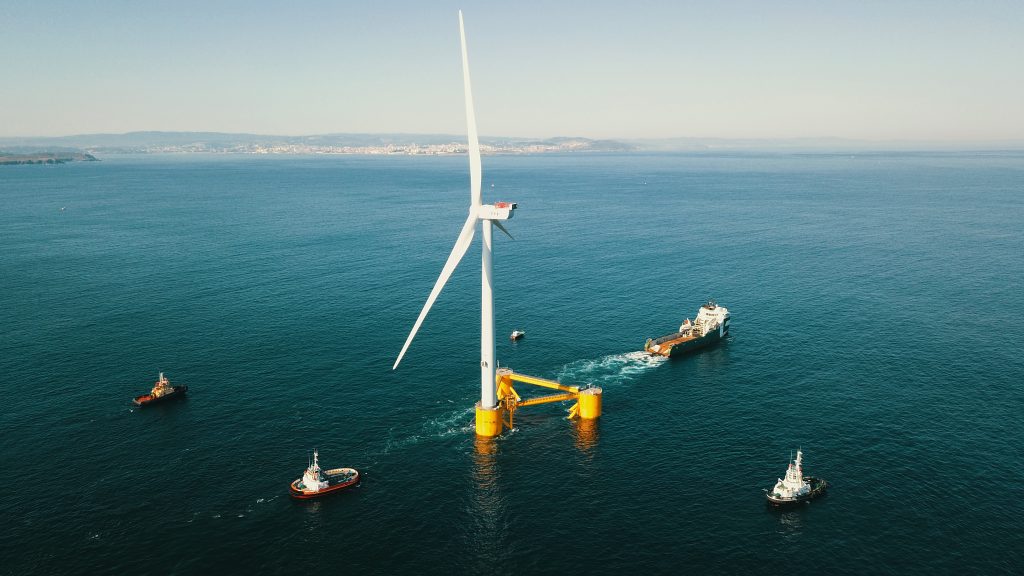