EHB studies future demand and supply of hydrogen in Europe

Hydrogen is sees as crucial to decarbonise industry, in particular chemicals (ammonia and high-value chemicals), iron and steel, and fuel production.

The European Hydrogen Backbone (EHB) initiative presented an analysis of future demand, supply, and transport of hydrogen across Europe.

The new study complements the recently published EHB maps, which proposed a hydrogen pipeline network of nearly 39,700 kilometres by 2040 to connect 21 European countries.

EHP reports that the total expected hydrogen demand could potentially be met by green hydrogen produced in the EU and UK, using renewable electricity.

In addition to green hydrogen, large quantities of relatively cheap blue hydrogen can be produced in Europe to quickly drive emission reductions and accelerate the pace of the energy transition.

The study also shows that hydrogen imports by pipeline can provide an attractive complement to domestic supply.

Hydrogen pipelines are the most cost-efficient option for long-distance, high-volume transport, outcompeting transport by ship for all reasonable distances within Europe and neighboring regions.

The study also shows that for high-volume transport of energy when the end-product is hydrogen, pipelines are more cost-effective than powerlines delivering the same amount of energy.

“Our new study shows that hydrogen will be crucial in multiple energy demand sectors. And the Backbone will be an enabler to connect supply with demand within Europe as well as allowing for cost-competitive imports”, said Daniel Muthmann, coordinator of the EHB initiative. 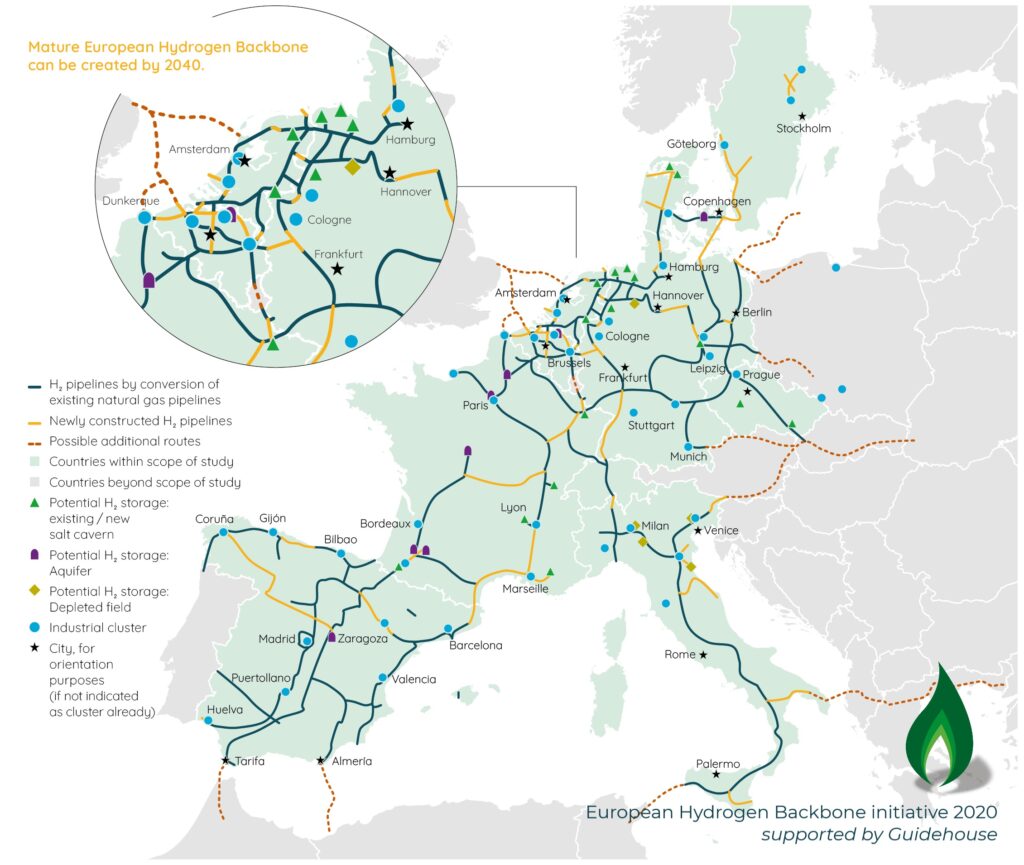