The European Investment Bank (EIB) loaned EUR 124 million to the shipping company Fjord Line for the expansion of its fleet.

Two new LNG cruise ferries are operating between Bergen, Stavanger, Langesund (Norway) and Hirtshals (Denmark). The ferries – MS “Stavangerfjord” and MS “Bergensfjord” – were delivered by the Norwegian shipbuilder Bergen Group in 2013 and earlier this year.

Thanks to this investment backed by the bank of the European Union, each of the new vessels offers daily services for up to 1,500 passengers and 600 vehicles. They have been constructed to the highest international and European environmental standards and are equipped with LNG-fuelled engines. The application of clean technology will significantly reduce emissions harmful to the environment from ships. The reduction of CO2 emissions can reach as high as 23% in comparison with the use of standard marine engines powered by heavy fuel oil.

Fjord Line’s new cruise ferries are both 170 metres long and have deadweight of 3,900 tonnes. Each ship has 306 cabins.

Both cruise ferries have four liquid natural gas powered engines with 12 cylinders that produce 5,400 kW (7,300 hp) of power. Fjord Line’s choice of the most advanced engine technology available gives the new ships a propulsion system that is both the most profitable and environmentally friendly.

In 2015, new and stricter standards for the sulphur content of ships’ fuel will enter into force in northern Europe. The LNG engines allow Fjord Line to meet these standards with a large margin.

When moored, the ship uses auxiliary engines that run on diesel. However, these engines are fitted with powerful catalytic converters that reduce NOx emissions to about the level of the LNG engines. 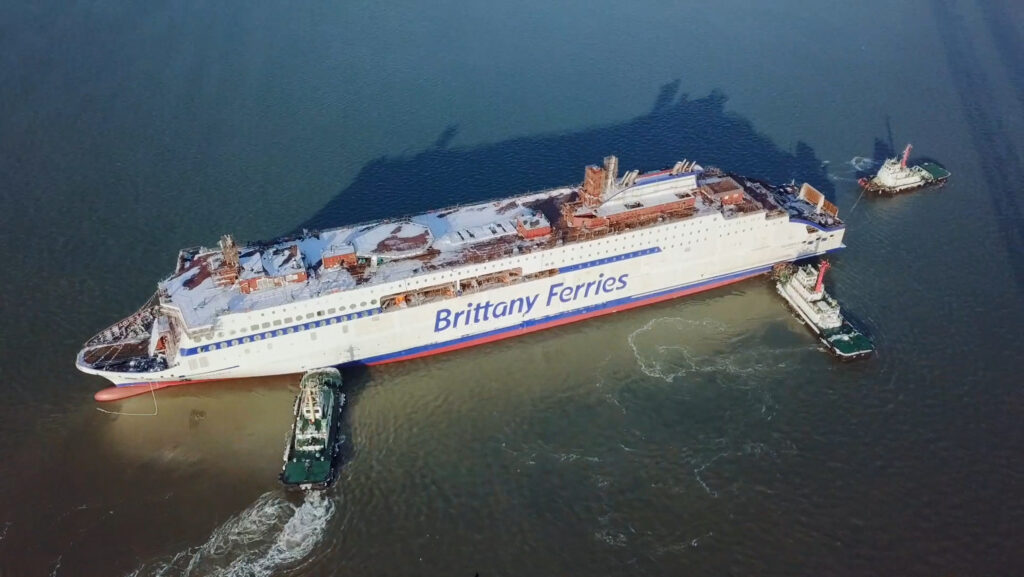