Back to overview
Home Fossil Energy Electrification with renewable and conventional power sources could curb emissions up to 87 per cent, UK regulator reveals

Electrification with renewable and conventional power sources could curb emissions up to 87 per cent, UK regulator reveals

UK’s regulator North Sea Transition Authority (NSTA) has found that its offshore electrification competition studies underline the importance of cross-industry collaboration, as the concepts presented by the three winners of its £1 million competition highlight the potential for cost-effective electrification of oil and gas platforms using a mix of renewable and conventional power sources.

The North Sea Transition Authority informed on Thursday that it has published the full project reports of the three electrification competition winners and believes that these technical findings can be used by other projects to accelerate electrification across the UK Continental Shelf (UKCS).

According to the winners of the competition launched to accelerate the electrification of oil and gas assets in the North Sea, cost-efficient emissions reductions of up to 87 per cent on offshore oil and gas platforms could be achieved using alternative power sources.

To remind, the NSTA launched this competition in September 2021 to fund technical and commercial studies on offshore electrification in the UK North Sea as part of the North Sea Transition Deal (NSTD) outcomes. Within the NSTD, the oil and gas industry committed to reducing offshore emissions by 50 per cent in 2030, a 2-3 MtCO2 per year reduction. By late October, the regulator received 29 bids and the three winners were announced in December 2021.

As this electrification competition was intended to bring innovative solutions for electrification by supporting the work of oil and gas companies, wind power developers and leading technology suppliers, the three winning studies all make strong arguments in favour of cross-industry synergies, with electrification projects collectively opening up 2-4 gigawatts of wind power opportunity across the UKCS.

The studies – by Orcadian Energy and partners (Crondall, Enertechnos, NSMP, Petrofac and Wärtsilä), Orsted and Neptune Energy, and Katoni Engineering – demonstrated concepts which do not require power from shore, instead, these studies create standalone power systems using renewable power, which can be easily complemented by power cables from onshore.

The NSTA explained that these solutions suggest emissions reductions of 78-87 per cent are achievable, and highlight the importance of “robust, yet cost-effective” power distribution systems offshore. The UK regulator pointed out that these power distribution facilities – or micro-grids – integrate different power sources with multiple offshore users, ensuring power continuity whilst minimising the cost of modifications on the receiving platforms, hence, reducing electrification costs.

Furthermore, the combined projects cover the building blocks of any offshore electrification scheme – power sources, transmission, distribution and platform modifications – and elements from each can be combined to assist electrification projects across the UKCS, outlines the NSTA.

Scott Robertson, NSTA Director of Operations, remarked: “Platform electrification is a vital part of cutting emissions in the North Sea and reaching net-zero. Each of these projects contains useful, innovative thinking and we expect industry to look at these ideas, and others, as electrification projects start to become reality in the next few years.”

To achieve its emission goals, the NSTA is working with industry representatives to progress prospective electrification projects, including those in the Central North Sea and West of Shetland, and with the BEIS-chaired Government and Regulators Electrification Group on the wider policy and regulatory enablers that will also need to be in place.

Earlier this month, the NSTA informed about the development of a new screening tool, which is expected to assist in maximising the repurposing of oil and gas infrastructure for energy transition projects.

In addition, the North Sea Transition Authority published a report last month, highlighting a positive outlook for the supply chain, showing that around $6.3 billion of work is imminent and currently in the works. 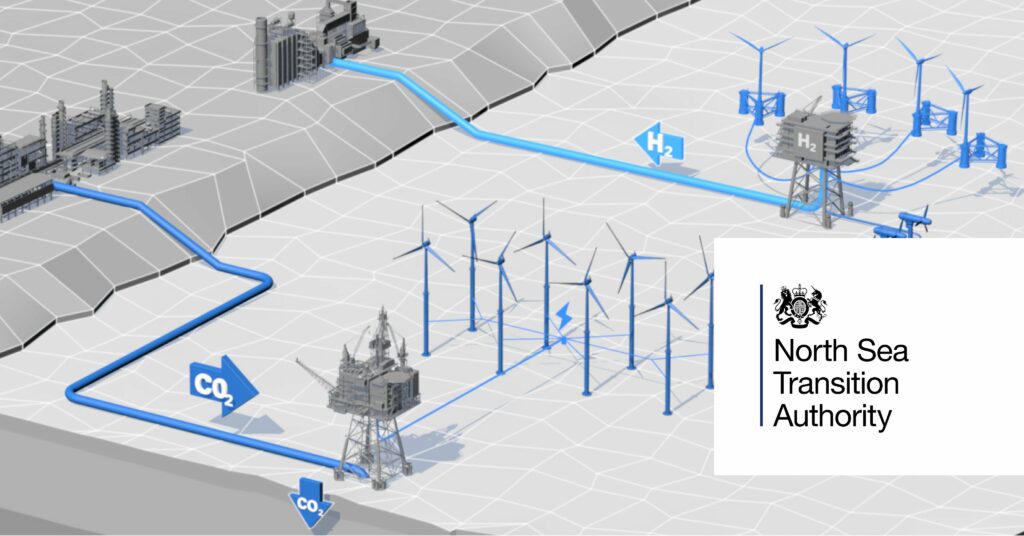