Eolink said it had slightly adapted its detailed design to be fully compatible with automated welding robots which would be used in Kranendonk production line. The flow-rate and the infrastructural investments have been optimised together in order to achieve Eolink’s targeted cost of energy of EUR 35/MWh once the first gigawatt is installed, the company said.

The targeted flow rate is 1 GW per year, or 67 floating foundations carrying 15 MW wind turbine capacity each. Automated welding shops will be then replicated in parallel to further increase the production rate.

According to the floating wind foundation developer, it can use existing naval infrastructures due to its modular block foundation made of stiffened panels. “The EOLINK foundation is very suitable for automation. Co-development could lead to the optimal use of the Kranendonk equipment. With the use of robotics, there is a very high degree of flexibility for automation. Kranendonk with their partner IMG can provide a complete solution”, Kranendonk said in its report on automating the production of Eolink’s foundations.

Kranendonk modular concept relies on the RinasWeld software, which provides a complete offline programming of all robotic welding gantries, combined with the use of existing technologies for shipbuilding automation. The software automatically generates the most efficient welding sequence after importing and analysing 3D product files, and then delivers the robot programme file for welding, providing estimated cycle times and costs for each of the blocks before the production process starts.

Panels, made of steel plates are automatically cut on required dimensions and transported through the production line. Then, in an appropriated shop, stiffeners, T-beams and girders are mounted followed by automated welding.

All welding is executed by arc welding robots mounted to dedicated welding gantries. The obtained sub-assemblies are transported by overhead cranes to the final block assembly line where all pre-welded parts are manually fit-up to required product dimensions. All assembled blocks are then transported automatically in the block welding gantry which is equipped with a large number of arc welding robots, also developed for entering small box areas. Once the robotic welding is completed, the block is finalised in the outfitting station.

Eolink’s floating wind concept replaces a single wind turbine tower with a set of thin and profiled arms. According to the company, having a turbine mounted on a single tower induces vibrations and bending moment at the base, and with floating application this tower is no longer mandatory.

The developer is set to deploy its first structure in 2022 within a 5 MW demonstration project, which corresponds to a 2/3 scale of the 15 MW commercial units.

Eolink completed offshore trials of a 1/10 scale floating wind turbine prototype in the summer of 2019, after the unit was tested at sea for over a year.

Last year, the company was one of three floating wind technology developers recommended for support packages under the second call of Ocean DEMO, a EUR 13 million Interreg-funded project. This allowed the company to receive free access to test its technology in real sea environments at the SEM-REV test site in France, where Eolink will deploy its 5 MW demonstrator. 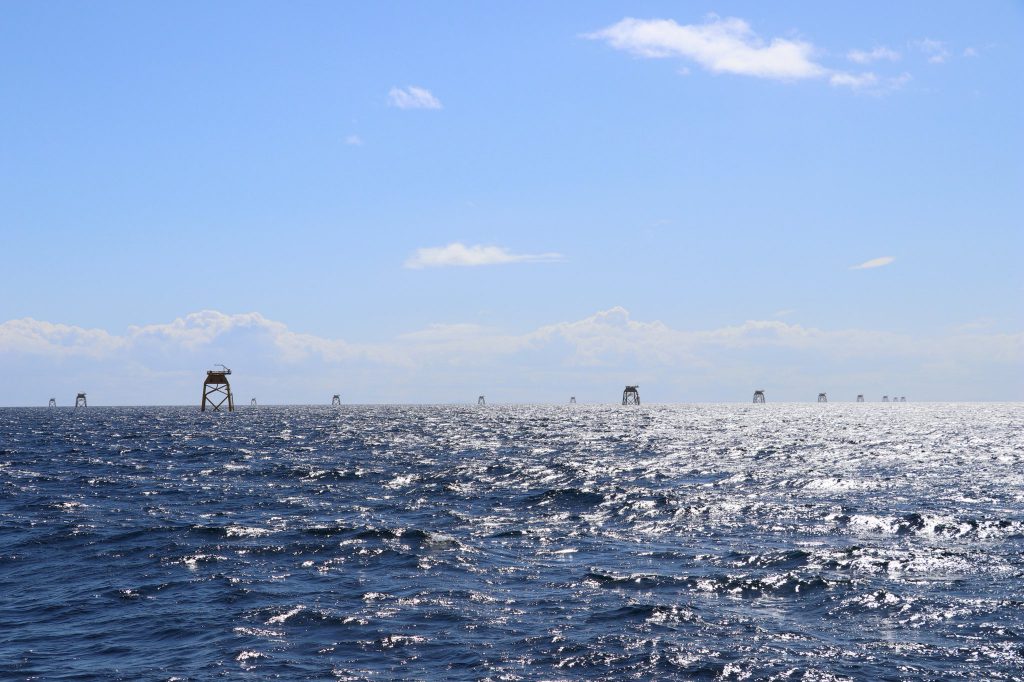