Norwegian oil and gas firm Equinor and its partners started production from the Aasta Hansteen gas field in the Norwegian Sea on December 16, 2018.

On Monday, December 17 the gas from the Aasta Hansteen field became available to the market for the first time and together with the Polarled pipeline the field opens a new region for gas export to Europe, Equinor said on Monday.

Gas from Aasta Hansteen will be transported in the Polarled pipeline to the Nyhamna terminal – both operated by Gassco – for further export to the UK. Produced condensate will be loaded into tankers and transported to the market.

“Located in 1 300 meters of water, this is the deepest field development on the Norwegian continental shelf (NCS), the largest spar platform in the world, and a first on the NCS. The field now coming on stream is unique,” says Anders Opedal, Equinor’s executive vice president for Technology, Projects and Drilling.

Aasta Hansteen is located 300 kilometers west of Sandnessjøen, far from other fields and in an area with harsh weather conditions. The field has been named after a Norwegian feminist, social commentator, painter and author Aasta Hansteen.

The field development concept consists of a floating platform with a vertical cylindrical substructure moored to the seabed (spar platform). The platform is 339 meters tall and weighs 70,000 tonnes. When the platform was towed to the field in April, it was the biggest tow on the NCS since Troll A in 1995.

The gas is produced from seven wells in three subsea templates. This is the deepest ever installation of subsea equipment on the NCS.

“Aasta Hansteen has been a complex and challenging development project, requiring us to take new technological steps together with our partners Wintershall, OMV and ConocoPhillips as well as the suppliers,” says Opedal.

According to Equinor, both Aasta Hansteen and the 482-kilometer pipeline from the field to Nyhamna have the capacity to accommodate new discoveries. The first one, Snefrid North, is already under development, and will come on stream towards the end of 2019.

The recoverable resources at Aasta Hansteen, including Snefrid North, are estimated at 55.6 billion standard cubic-meters (Sm3) of gas and 0.6 million Sm3 of condensate (353 million barrels of oil equivalent).

“The production from the Aasta Hansteen field will help secure long-term Norwegian gas export. With the infrastructure installed it will also be more attractive to explore around the platform and along the pipeline. This enables us to secure activity for many decades, in line with our ambitions for the NCS,” says Arne Sigve Nylund, Equinor’s executive vice president for Development and Production Norway.

The exploration activity in the area around the field has already increased and several discoveries have been made, Statoil stated.

Although the substructure and topside structure were built in South Korea Aasta Hansteen has generated big spin-offs for Norwegian supply industry. More than half of the topside equipment packages were produced in Norway and the subsea equipment is also Norwegian. The subsea templates were built in Sandnessjøen and the suction anchors keeping the gigantic platform in place are produced in Mo i Rana. The platform was hooked up at Stord south of Bergen, which is also where much of the hook up and commissioning work was performed.

“In the operations phase the field will be operated from Harstad, base services will be delivered from Sandnessjøen and the helicopter traffic will go from Brønnøysund.

“In the project phase Aasta Hansteen and Polarled have generated spin-offs for slightly more than NOK 16 billion in Norway, NOK 1.3 billion of which has benefitted companies in Nordland and southern Troms, and there will be more in the years to come operating the field,” Nylund says.

Some 32 million man-hours have been put into the Aasta Hansteen project, which has cost about NOK 37.5 billion or about $4.4 billion (2018 value). The NOK 2.9 billion increase since the submission of the plan for development and production (PDO) is due to the currency effect due to the weak NOK. This is within the uncertainty range assumed in the cost estimate for the PDO.

Equinor is the operator of the Aasta Hansteen field with an ownership interest of 51% and its partners are Wintershall Norge (24%), OMV Norge (15%) and ConocoPhillips Skandinavia (10%). 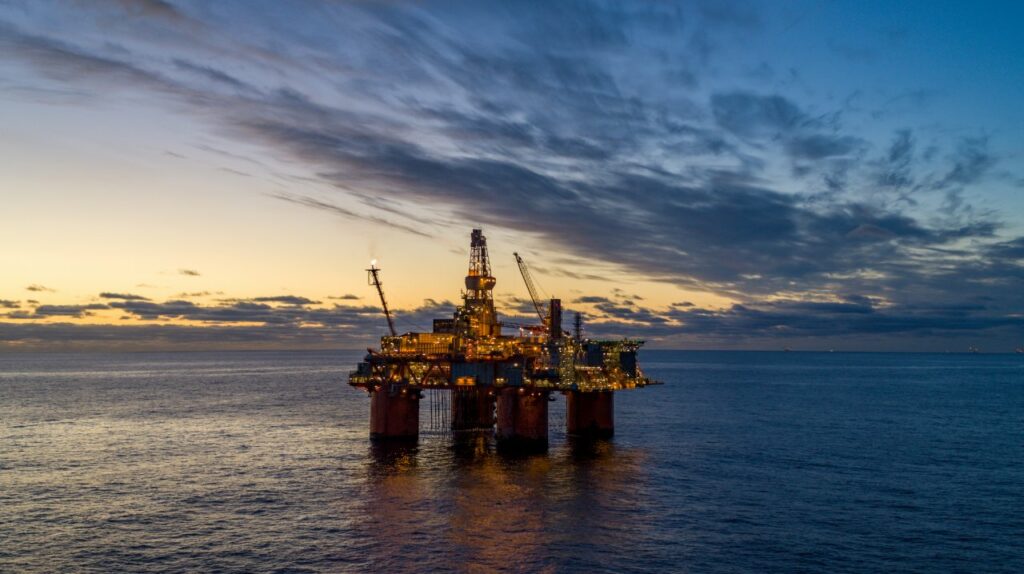