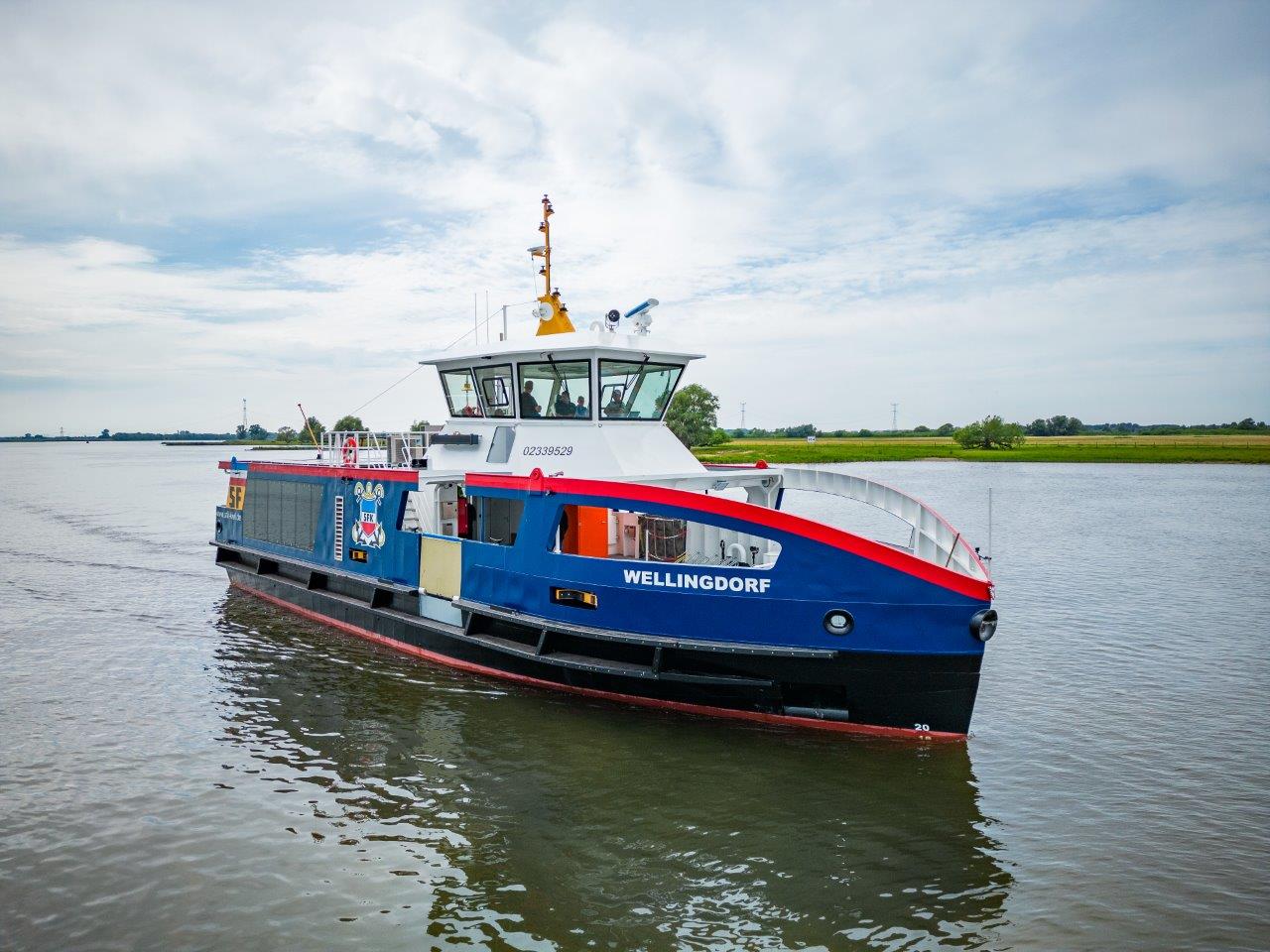 The zero-emission vessel is part of a series of six hybrid vessels for the Kiel-based tug and ferry operator. It was designed and built by Holland Shipyards Group.

The final hybrid vessel Schilksee is expected to be delivered early 2026.

This plan is tied to the City of Kiel’s environmental goal of being CO2-neutral by 2050. In turn, Germany’s Federal Ministry of Transport and Digital Infrastructure (BMDV) contributed about 15 percent to the overall construction cost as part of Germany’s Clean Air program.

The newbuild measures 24.7 x 7.2 metres and can transport 140 pedestrians and 60 cyclists.

Due to the split battery system, the vessel gets redundancies and has no back-up power provided by a diesel engine.

Last, 20 solar panels are installed on its roof providing the onboard power supply network.