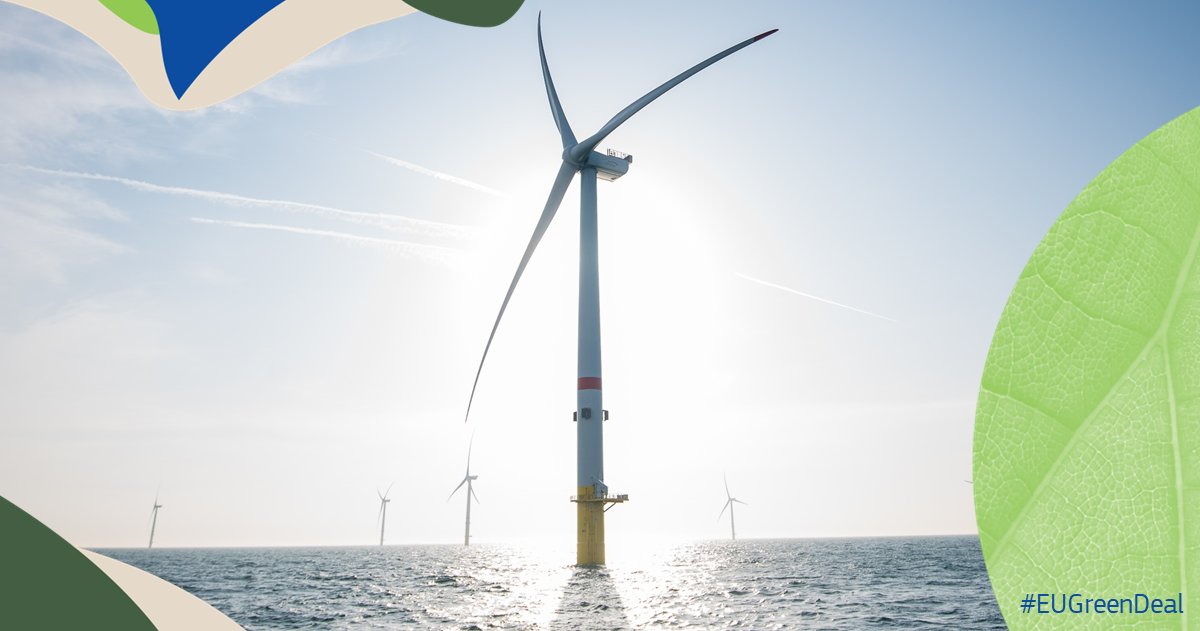 The European Commission presented the EU Offshore Renewable Energy Strategy today, 19 November, which sets a target for 300 GW of offshore wind by 2050, confirming the reports over the past several days.

The strategy, part of the EU Green Deal, also sets out a goal for 40 GW of ocean energy and other emerging technologies by 2050, which could further add to the target for wind energy at sea, as the Commission included floating wind in this part of the strategy.

By the end of the next decade, the EU is planned to have 60 GW of installed offshore wind capacity.

To meet these targets, the EU Commission estimates that an investment of nearly € 800 billion will be needed until 2050.

This encompasses setting up a supportive legal framework, mobilising all relevant funds to support the sector’s development, and strengthening the supply chain. For the latter, the new strategy underlines the need to improve manufacturing capacity and port infrastructure, and to increase the appropriately skilled workforce to sustain higher installation rates.

“This is a very good Strategy. It confirms the vision for offshore wind to be Europe’s number one source of electricity. It’s also spot on in recognising the necessary investments to deliver that – in grids, ports and the supply chain. And it identifies all the right policies that will drive those investments: industrial policy; state aid rules; and the mechanisms to ensure predictable revenues for offshore wind farm developers at least cost to society”, said Giles Dickson, CEO at WindEurope, European wind energy industry association.

The EU Commission will also encourage cross-border cooperation between its member states on long-term planning and deployment, which will require integrating offshore renewable energy development objectives in the National Maritime Spatial Plans which coastal states are due to submit by March 2021.

Furthermore, a framework will be proposed under the revised TEN-E Regulation for long-term offshore grid planning, involving regulators and the Member States in each sea basin.

“The Strategy makes important points on Maritime Spatial Planning and provides an enabling framework for offshore wind farms connected to two or more countries. These so-called ‘hybrid’ offshore wind farms will play an important role. They save money and space and improve energy flows between countries. The enabling framework for them must be implemented as soon as possible. Up to 7 GW of offshore hybrids are already in the pipeline”, WindEurope stated.

WindEurope highlighted that the European wind industry stood ready to deliver on the targets, and pointed out the benefits for both the EU’s and the member states’ economies.

“The expansion of offshore wind will also help economic recovery. 77,000 people work in offshore wind in Europe today. That’ll be 200,000 if Governments deliver on their offshore wind plans for 2030”, Giles Dickson said. “Each new offshore wind turbine generates €15m of economic activity. The EU Recovery Plan can help support the necessary infrastructure investments, notably in grids and ports. Member States should reflect this in their Recovery & Resilience Plans”.