Forsys Subsea, a 50/50 joint venture between FMC Technologies and Technip, was officially launched earlier this month.

Forsys Subsea was announced in March this year as a joint venture that will unite the skills and capabilities of two subsea giants.

We were interested to learn more about one of the biggest alliances in the subsea industry, and here is what both companies had to say in a joint interview with Subsea World News:

As most of the industry already knows, Forsys Subsea is a joint venture and is part of an alliance between two major subsea players, could you tell us how FMC Technologies and Technip came up with the idea for this joint venture?

FMC Technologies and Technip have worked independently on a number of common subsea projects in the past – with FMC Technologies providing the subsea production and processing systems (SPS) and Technip providing the subsea umbillicals, risers and flowlines (SURF). With subsea operators increasingly looking for ways to improve returns from their subsea fields, there has been a concerted effort by FMC Technologies and Technip to find ways to address the economic challenges faced by operators as they look to develop deepwater fields. As the companies explored ways to reduce the cost of subsea fields, it became apparent that there was an opportunity to address some of these challenges through increased collaboration and earlier involvement in the development phase of subsea field design.

This is what Thierry Pilenko, Technip Chairman and CEO and John Gremp, FMC Technologies Chairman, President and CEO had to say for the announcement of this new joint venture, back in March this year:

How long have you been working together to plan this joint venture before its official launch in March this year?

Initial discussions began around 1 year prior to the announcement. In the months leading up to the announcement, the two parent companies worked together to validate their belief that by working together, they could dramatically reduce the cost of subsea developments. Past projects that the two companies had worked on separately where reassessed to see if greater collaboration and earlier involvement in the design of the fields could result in improved efficiency and cost savings. It quickly became apparent that by working together to integrate the SPS and SURF equipment, significant reductions in the amount of equipment as well as integrated execution, and the cost associated with it, could be realized.

What is the initial reaction to Forsys Subsea from the clients?

Given the increased pressure on operators to improve returns and the recent precipitous drop in the price of oil, operators are very interested to hear more about how a joint venture between FMC Technologies and Technip can help them address some of the economic and technical challenges that they face. We have so far received a very positive response from clients.

What will make Forsys Subsea stand out and how is the newly-formed alliance going to challenge the industry, considering reduced investments from the oil companies in drilling and subsea projects?

Forsys Subsea combines the skills and capabilities of two subsea industry leaders and is uniquely positioned to redefine the way subsea fields are designed, delivered and maintained. By combining the industry-leading technologies of the parent companies, Forsys Subsea will reduce the interfaces of the subsea umbilical, riser and flowline systems (SURF) and subsea production and processing systems (SPS). It will also simplify the seabed layout, thereby reducing complexity, accelerating time to first oil, and enabling higher sustainable field production. This unique combination will drive a new, step-change approach to how equipment designs and installation methods converge in a new generation of subsea architecture.

The company kicked off this June with a staff of almost 350 people, made up from personnel from FMC Technologies, Technip and Genesis.

What will be the focus of Forsys Subsea in the next two years and when do you expect first contract awards to start coming in?

The initial focus of Forsys Subsea will be to engage with customers to identify projects that could benefit from this new approach to subsea field design. We expect the first Forsys Subsea commercial studies will occur in 2015 and that the resulting EPIC award could happen as early as next year.

Forsys Subsea was announced as cost reducing solution for deepwater discoveries, can you tell us more about how you plan to implement these ideas?

Forsys Subsea can help reduce the cost of deepwater developments by reducing the complexity of subsea field designs – eliminating unnecessary interfaces and simplifying the field layout. Forsys Subsea will improve the efficiency of field installation, reducing installation costs and accelerating time to first oil. Additionally, Forsys Subsea will be ideally positioned to design fields in a way that will reduce operational costs over the life of the field and enable higher recovery from the field.

“Forsys Subsea differs from other recent alliances in the subsea industry in that it will have a comprehensive role in the entire life cycle of a subsea development. The close participation of its parent companies in engineering, procurement, construction and installation (EPCI) will provide solid data to demonstrate cost savings.

“The World needs new sources of oil and operators will pursue developments if they can significantly reduce costs. The creation of Forsys Subsea with two industry leaders embodies a new way of thinking, a unique business model covering seabed to topside and new technologies leading the way to simpler and cost-effective architectures.” 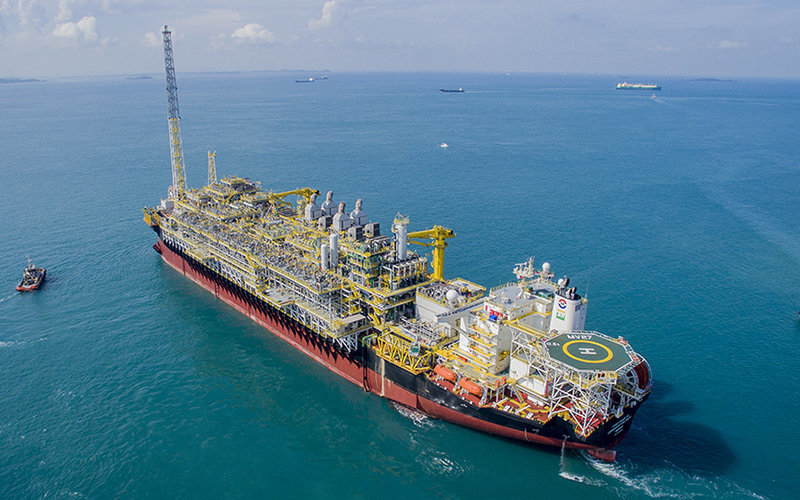