The keel laying of the largest cruise ship ever built for the British market took place yesterday, May 15 2013, at the Monfalcone shipyard of Fincantieri near Trieste, Italy. The P&O Cruises’ 141,000-ton cruise ship is scheduled to enter service in 2015.

At the ceremony, the first section of the ship’s hull made up of 6 pre-manufactured blocks, weighing 408 tons and fitted with 214 tons of pipes, cables, insulation and other equipment, was placed at the the dry dock. 74 sections will be used in the construction of the ship.

This next-generation ship will offer a stylish and innovative new design, with an unprecedented number of passenger facilities together with many iconic signatures of the P&O Cruises brand. She will offer the “best of the best”, combining favourite classic features of ships such as Oriana and Aurora, the wide choice and variety of Ventura and Azura and a host of new concepts which will include some yet-to-be-announced “sophisticated wows”. In delivering the ultimate P&O Cruises experience, the ship will be designed to attract many thousands of newcomers and will equally resonate with existing passengers by delivering the sense of P&O-ness for which the brand is held in such high regard. At the same time, the ship will be designed to deliver much greater levels of operational and environmental efficiency. 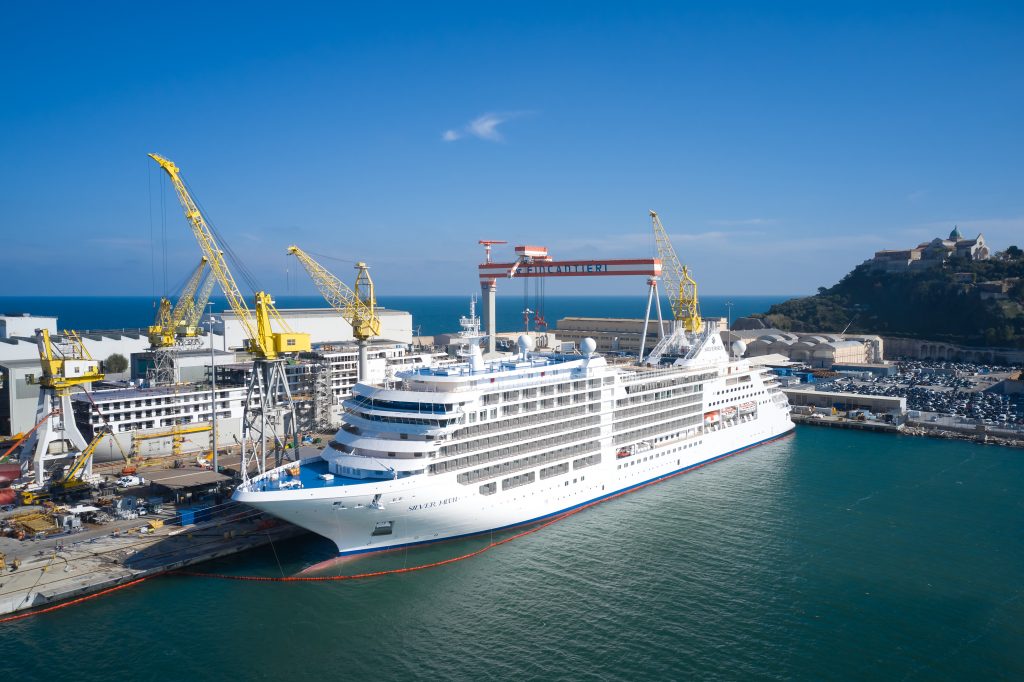