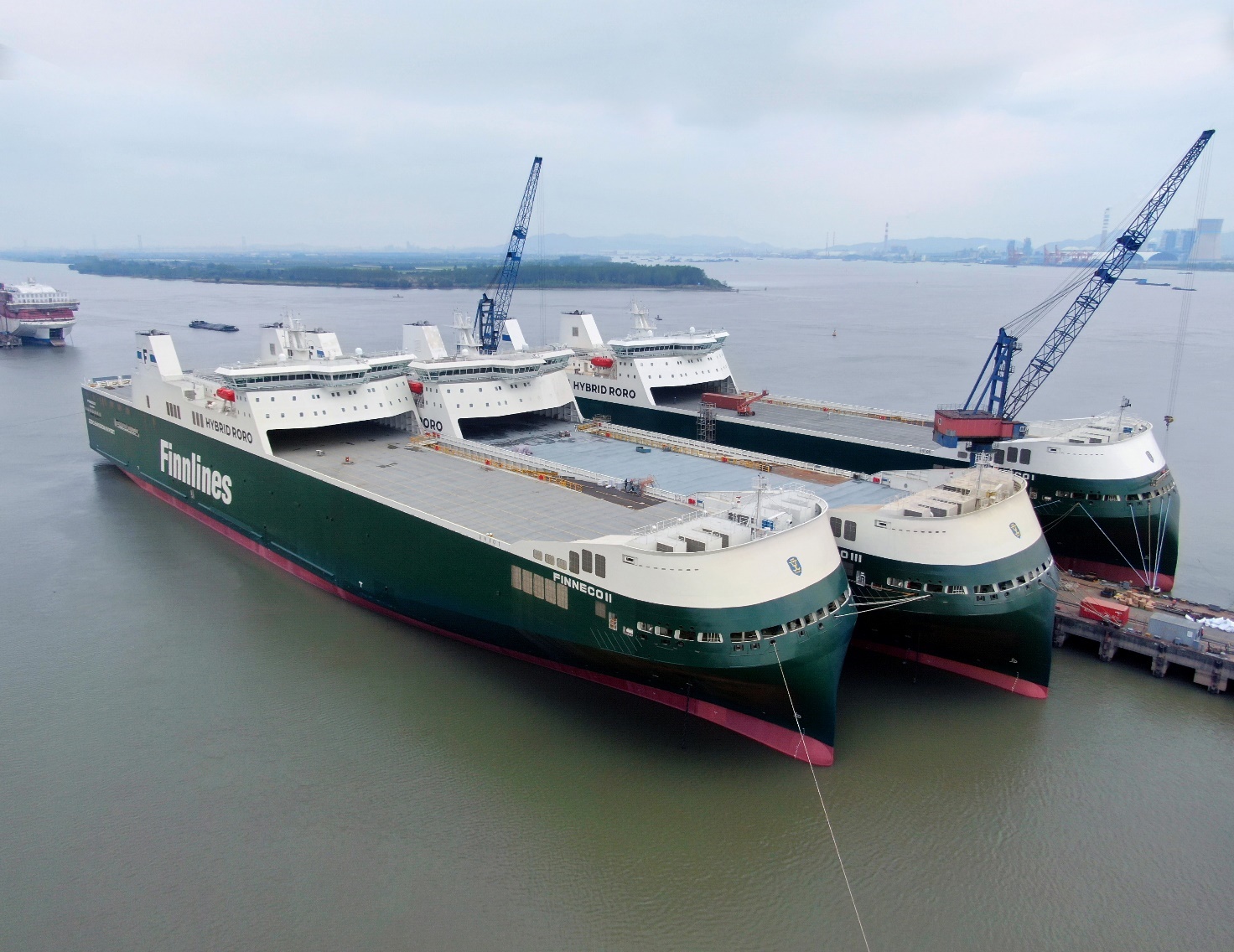 The 5,800 lane metre newbuild was handed over to its owner by China Merchants Jinling Shipyard (Jiangsu) on 28 April 2022.

According to the current plans Finneco I will enter Finnlines’ Baltic Sea, North Sea and Biscay traffic in June 2022.

The hybrid ship is the first vessel of Finnlines’ EUR 500 million newbuilding programme. The concept planning started in 2018 and the target was to create the most environmentally friendly vessel which had ever operated in the Baltic Sea.

Compared with the largest vessels in today’s Finnlines fleet, the cargo-carrying capacity of the hybrid newbuilds will increase by nearly 40% as each vessel can transport 5.8 km cargo.

In practice, this means that the vessel can carry approximately 400 trailers per voyage.

Nevertheless, efficient cargo operations will be ensured by arrangement of stern ramps, internal ramps, and hoistable car decks. Certain areas on cargo decks have been dedicated for loading paper reels. Several decks and internal ramps speed up loading and unloading.

At the same time, the vessels will be flexible – a hoistable deck makes it possible to load any type of rolling freight up to 7 metres, according to the company.

Green plus for the environmental performance

The classification society Rina has assigned an additional class notation “Green Plus” for the vessel’s environmental performance.

The vessel has been fitted with two-stroke main engines, which have a lower specific fuel consumption than four-stroke engines. An air lubrication system under the keel will reduce frictional and hydrodynamic resistance and consequently reduce fuel consumption and emissions.

Zero emissions during port calls can be achieved with a battery power bank of 5 MW. The batteries are recharged during sailing and 600 m2 of solar panels will also generate power. Furthermore, an exhaust gas cleaning system will cut air emissions and reduce harmful particles.

“We welcome Finneco I into our fleet. The ship will be larger and more eco-friendly than any ro-ro vessel in the Baltic Sea. The vessel will play an important role in ensuring a reliable supply of goods to and from Finland and our connections to Europe will improve greatly when the vessel starts to operate in Finnlines’ Baltic Sea, North Sea and Biscay traffic,” Emanuele Grimaldi, CEO of Finnlines, said. 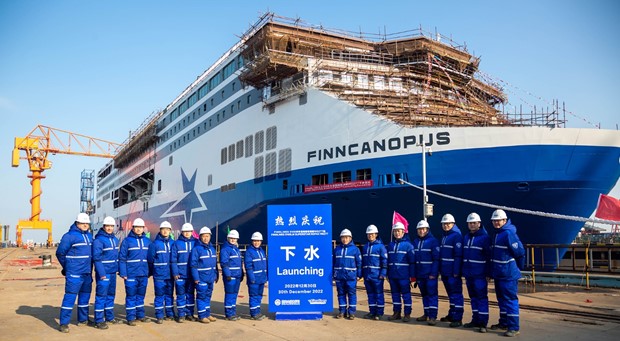