Iran’s first two ships have been classified by Italy’s RINA Services and the Asian Classification Society (ACS) following the sanctions’ lifting against the country.

The vessel pair are two general cargo ships at 15,000 GT owned by the Islamic Republic of Iran Shipping Lines (IRISL) which has just made a comeback to the European ports with the first call to Hamburg on March 17.

RINA sad that the dual classification is the result of a partnership signed in January with the Tehran-based ACS shortly after sanctions in Iran were lifted.

“All classification societies are trying to enter the Iranian market. Our recent partnership with the ACS was a strategic move that has proved successful in expanding our local reach and classification expertise in the area,” said Andrea Di Bella, Area Manager, RINA Services in the Middle East.

As disclosed, RINA Services’ partnership with the ACS aims to support the company’s testing, inspection, classification and certification services in Iran in all four areas of its business: marine, energy, infrastructure and transport and business assurance.

The Italian classification society opened an office in January in Teheran through which it plans to deliver its services to the oil & gas, power generation, infrastructure, railway and business assurance sectors as it eyes opportunities to strengthen its presence in Iran and the Middle East.

Cooperation with IRISL is seen as a window of opportunities as large number of IRISL’s trading routes are along the Far East, Middle East, Mediterranean and Europe where RINA has developed a strong network.

RINA Services currently has an overall fleet of over 5425 classed ships.

British classification society Lloyd’s Register is also readying for a comeback to the country.

Lloyd’s Register told World Maritime News that they are able to provide classification services to Iranian controlled tonnage and that the society will be re-opening its office in Tehran.

The classification society had provided its services to ships owned by NITC and IRISL until 2012 when sanctions against Iran were introduced. 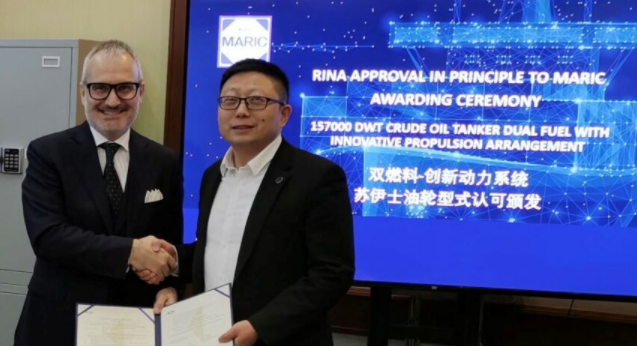