The first of the 58 turbine towers for the SeaMade offshore wind project has been upended at the Port of Ostend, Belgium.

According to the project developer, the installation of the Siemens Gamesa 8.4 MW turbines will start on 15 June.

The first tower parts arrived in Belgium in mid-March from the port of Aviles in Spain onboard the special purpose vessel Rotra Vente.

Over the coming months, Rotra Vente and its sister vessel Rotra Mare will ship all components for the turbines, including the nacelles, tower parts and blades, from various sites to the REBO site in Ostend.

The 487 MW SeaMade wind farm is a combination of the 235 MW Mermaid and the 252 MW Seastar offshore wind projects.

Recently, two substations were installed at the site located some 50km off the coast from Ostend. Full commissioning is expected by the end of the year. 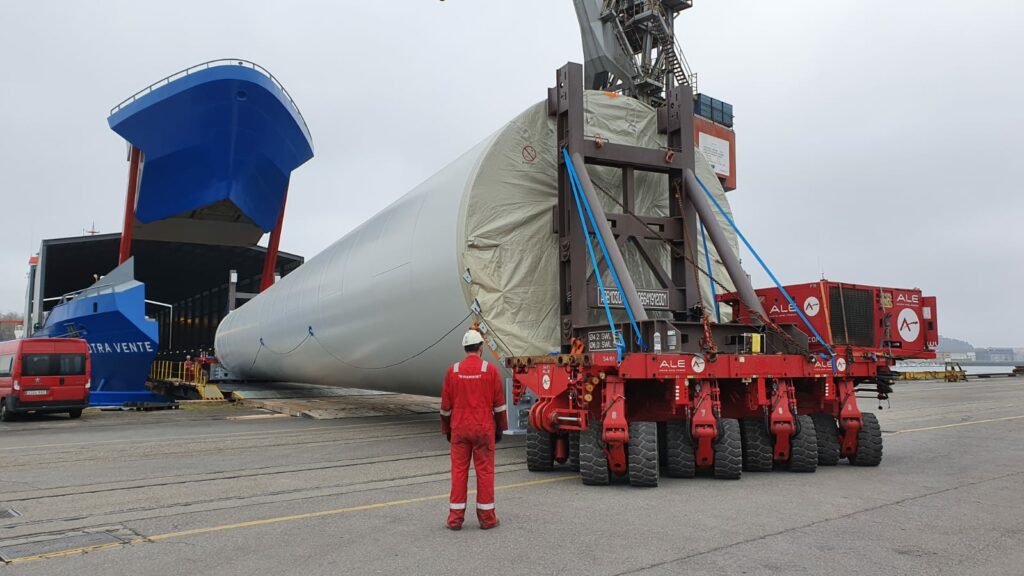