After months of planning, mobilization and trials, the Fundy Ocean Research Center for Energy (FORCE) has successfully installed a data cable designed to connect to a recoverable underwater research platform – the first subsea cable ever installed in the Minas Passage.

“Today proves that we can be successful in the world’s highest tides,” said Tony Wright, FORCE’s director of marine operations. “The conditions were not optimal – we were working in a blizzard – but with good data, careful planning, and the expertise of a diverse, skilled team, we succeeded. It’s a big day for FORCE – we have a cable in the water.”

“Nova Scotia is committed to being a tidal energy leader – we have the resource, the regulatory certainty, and the feed-in tariffs to support its growth,” said Energy Minister Andrew Younger. “And now we’ve shown we have the people and ability to make it happen: to operate successfully in a tide as powerful as a hurricane.”

“The Bay of Fundy is a challenging place to work – so it makes victory that much sweeter,” said FORCE Chair John Woods. “We couldn’t have done this without the support of our sponsors and partners. And a special thank you to the people of Parrsboro – they supported FORCE throughout this exercise.”

The cable installation is part of a $10 million research project to build the Fundy Advanced Sensor Technology (FAST) Platform – a recoverable instrument platform designed to monitor and characterize the FORCE site. The data cable will allow continuous, real-time data transmission from the platform to shore.

Additionally, the cable installation provides valuable knowledge and experience in planning the deployment of four subsea power cables in 2014, which will connect tidal turbines to the FORCE shore facility and on to the power grid. 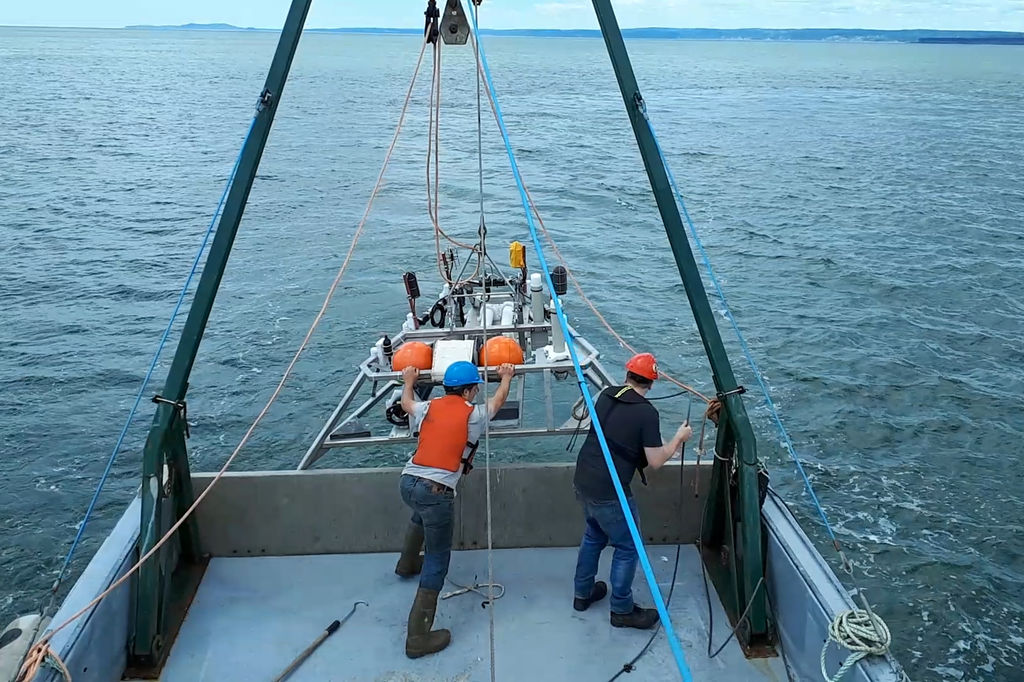