A 64 metre fishing boat, the Amaltal Columbia, with 43 people on board, is on fire 45 nautical miles (85km) north-east of Lyttelton Heads.

The Rescue Coordination Centre New Zealand (RCCNZ) received an urgency call from the vessel at 5.24am this morning alerting them to the fire – this was elevated to a mayday call at approximately 5.30am.

The vessel is steaming towards Lyttelton at approximately seven and a half knots, but it is anticipated the fire will cause the loss of the main engine in due course.

The fire is in the meal hold of the vessel, which has been sealed off in an effort to starve the fire of oxygen, but the engine remains at risk.

The crew is assembled on deck in emergency gear. No injuries have been reported.

A Royal New Zealand Air Force (RNZAF) Orion is in position above the vessel monitoring the situation, with two vessels responding to a mayday relay call. One vessel is expected to rendezvous at 8am.

Search and rescue mission coordinator Conrad Reynecke said contingencies were being put in place to have helicopters from Christchurch, with winching capability, on stand-by should the vessel need to be abandoned. 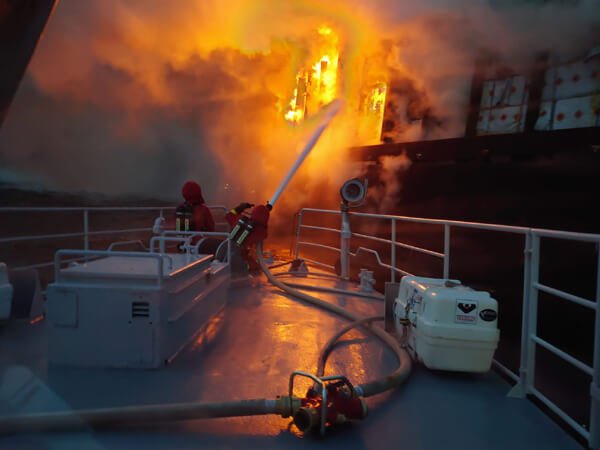