Shelf Drilling NorthSea (SDNS), a subsidiary of the UAE-based offshore drilling contractor, Shelf Drilling, has inked a deal with Noble Corporation to acquire five jack-up rigs, which are being sold to address the potential concerns identified by the UK’s competition regulator in regards to the proposed merger of Noble and Maersk Drilling.

Noble Corporation revealed on Thursday that it has entered into an asset purchase agreement to sell five jack-up rigs for $375 million to Shelf Drilling, explaining that this sale is subject to the approval of the UK Competition and Markets Authority (CMA).

Following the announcement of the proposed merger between Noble and Maersk Drilling, which was announced in November 2021, the UK’s CMA launched its merger inquiry in February 2022, setting the deadline for making the phase 1 decision by 22 April 2022.

Before the phase 1 decision, Noble and Maersk disclosed they expect to have to sell certain North Sea rigs to get the UK regulator’s clearance. As the CMA stated that this merger gives rise to a realistic prospect of a substantial lessening of competition in relation to the supply of jack-up rigs in North-West Europe, Noble and Maersk submitted remedy proposals to the CMA on 29 April 2022. A few days later, the CMA revealed that it might accept a remedy proposal.

The five rigs that Shelf Drilling is interested in buying are part of this remedy proposal, entailing the divestment of the rigs Noble Hans Deul, Noble Sam Hartley, Noble Sam Turner, Noble Houston Colbert, and Noble Lloyd Noble and all related support and infrastructure. In addition, the associated offshore and onshore staff are expected to transfer with these rigs.

Furthermore, drilling contracts for the other rigs are expected to be novated to Shelf, subject to the clients’ consent. Noble elaborated that it will provide certain customary transition support services to Shelf Drilling for a limited period of time.

While the UAE-based offshore drilling contractor is expected to finance the acquisition through equity and debt financings, the purchase is not conditioned on such financing as the sale of these rigs is expected to close promptly following the receipt of CMA approval and the closing of the business combination between Noble and Maersk.

Even though the duration and outcome of the CMA review process remain uncertain, Noble pointed out that if Shell Drilling as the buyer, the remedy rig sale agreement and the remedy proposal are accepted by the CMA, the closing of the merger is expected to occur near the end of the third quarter of 2022.

In addition to the CMA approval, the completion of the business combination between the two offshore drilling contractors remains subject to acceptance by holders of at least 80 per cent of Maersk Drilling shares, listing of Noble shares on the NYSE and Nasdaq Copenhagen, and other customary conditions.

Confirming the agreement to divest remedy rigs, Maersk Drilling also provided an update on the merger control process, outlining that Noble is expected to launch a planned exchange offer for shares of Maersk Drilling in August 2022.

In a separate statement, Shelf Drilling confirmed the purchase deal with Noble, stating that it is contemplating securing equity financing to raise gross proceeds of $130-150 million by means of a placing and subscription for new common shares in the company and new common shares in SDNS.

The UAE-headquartered player said that net proceeds from this private placement will, together with $200 to 225 million to be raised in senior secured debt financing along with available cash, be used to finance the consideration payable pursuant to the rig purchase agreement and any costs associated with this acquisition.

Moreover, the firm informed that SDNS has paid a deposit of $37.5 million under the rig purchase agreement, which will not be repayable in case the firm fails to complete the acquisition due to non-satisfaction of the conditions precedent Shelf Drilling or SDNS are responsible for satisfying.

Shelf Drilling also said that it expects the closing of this acquisition in September 2022.

When it comes to Shelf Drilling’s most recent activities, it is worth noting that the UAE-based firm inked a deal with India’s Aban Offshore earlier this month to buy another jack-up drilling rig. 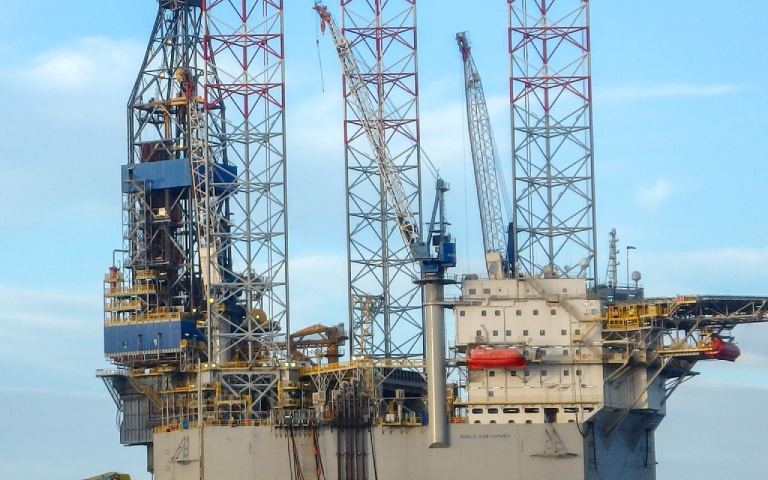