Australian iron ore company Fortescue Metals Group has revealed plans to convert its existing fleet to run on green ammonia and adopt it in new vessel construction to push up the company’s decarbonisation efforts.

The plans were announced as part of a broader target to achieve net-zero Scope 3 emissions by 2040.

Scope 3 emissions are “the result of activities from assets not owned or controlled by the reporting organization, but that the organization indirectly impacts in its value chain”, according to a definition provided by the US Environmental Protection Agency (US EPA).

Green ammonia has been identified as one of the key alternatives to fossil fuels in the shipping’s pathway toward becoming carbon neutral. According to the predictions from the International Energy Agency (IEA), it will account for around 45% of global energy demand for shipping in 2050.

“Climate change is the most pressing issue of our generation and at Fortescue, setting stretch targets is at the core of our culture and values and we are proud to set this goal to tackle emissions across our value chain,” said Fortescue Chief Executive Officer, Elizabeth Gaines.

“Fortescue has commenced its transition from a pure play iron ore producer to a green renewables and resources company, underpinned by the world’s first major carbon emission heavy industry operation to set a target to achieve carbon neutrality by 2030,” Gaines added.

Through its Fortescue Future Industries division, the company plans to develop its own mass-scale green hydrogen production plants, use that hydrogen to make iron out of its own ore and sell the resulting “green iron”.

“Collaboration is integral to driving the rapid transition to green energy, and we remain committed to actively engaging with our customers, suppliers and other key industry participants to facilitate the reduction of emissions,” Gaines pointed out.

“This includes the development of technologies and the supply of green hydrogen and ammonia through FFI, which will provide significant opportunities for the steel, cement and land and sea transport industries to decarbonise.”

The company is targeting the production of 15 million tonnes of green hydrogen annually by 2030. 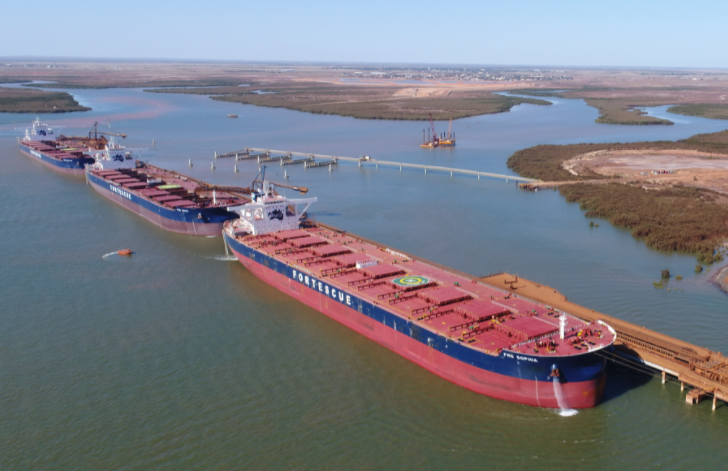