Completing the second phase of its fleet renewal program, European short sea RoRo specialist CLdN has welcomed the fourth 5,400-lane-meter (lm) vessel of the series, the MV Hermine, into the fleet.

MV Hermine is the sixth vessel that joined the company since the newbuild strategy was announced in 2016, with a target to introduce twelve new vessels in subsequent years overall.

In addition to this, CLdN confirmed in July 2019 a further two orders for the same class of vessel, with the enhanced modification of the pair having MAN main engines powered by liquefied natural gas (LNG) which will contribute to a further reduction of its fleet emissions.

The vessels, which will be built at Hyundai Mipo Dockyard, will have a 320-cubic-meter-capacity C type LNG fuel storage tank located on the main deck. The LNG supply chain is currently being set up in Rotterdam and Zeebrugge where the ships will bunker by barge or truck on a regular basis.

“Whilst it is pleasing to confirm the additional orders, we are also very satisfied to announce the installation of LNG propulsion. The improving infrastructure and supply chain for this type of fuel has made it possible to realise and is something CLdN have been preparing for a number of years now, with all recent new builds being LNG ready also,” a spokesperson for CLdN, said.

With the latest arrival, CLdN has increased its fleet composition and grown available capacity by around 70%.

CLdN’s first of 12 newbuilds that have been delivered were the two 8,000-lane-meter RoRo vessels, Celine and Delphine. They were followed by the 5,400-lane-meter quartet.

“Brexit is still overshadowing the industry with uncertainty for the UK and Irish market. CLdN believes this can also be viewed as an opportunity, especially as six new vessels have been received to date,” the spokesperson added.

The company also noted that CLdN’s ports division, C.RO Ports SA, has invested about EUR 200 million (USD 220 million) in the expansion of its terminals to prepare them for the arrival of the next-generation vessels. 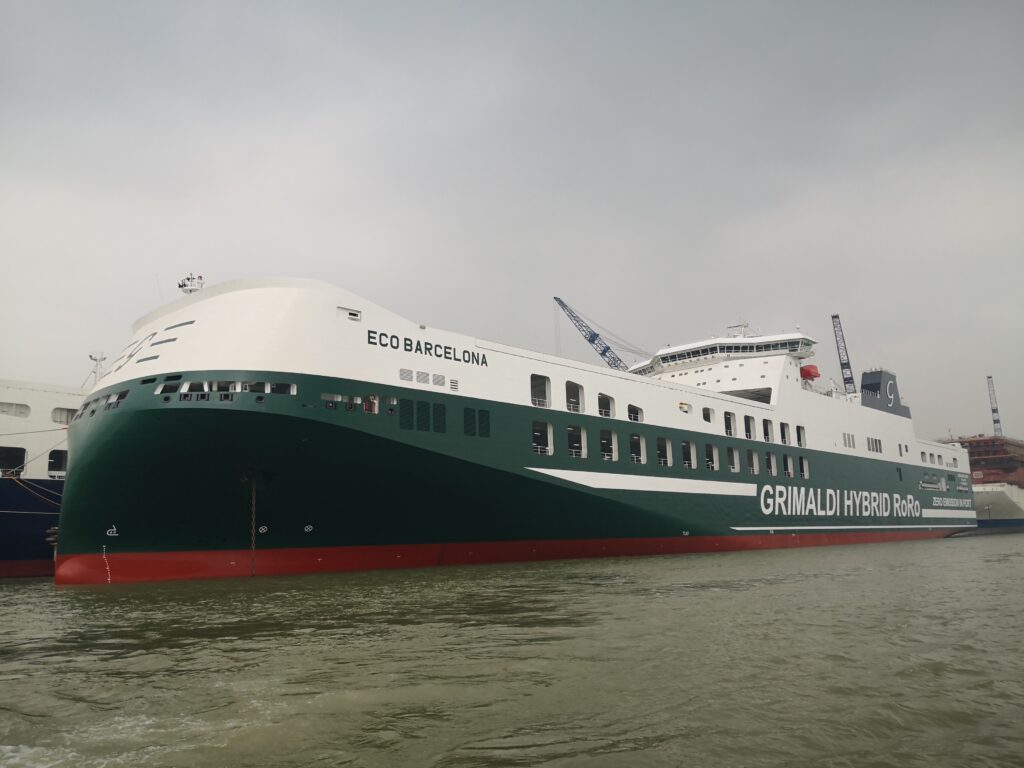