According to LDA, in 2020, the two companies started working on a preliminary project to assess the viability of the installation of the eSAIL, a wind-assisted propulsion technology, on one of LDA’s vessels.

The financing to launch the project has also been closed, with the support of the European Innovation Council (EIC) Acceleration Program, allowing bound4blue to install three eSAIL systems in 2023 on an LDA-owned vessel.

José Miguel Bermúdez, CEO of bound4blue, described the project as a “great milestone” as it gives the possibility of scaling up the system for larger ships.

“With the eSAIL system, the sail propulsion will take the form of boundary layer suction wing profiles and will take advantage of the apparent wind encountered by the vessel to generate additional thrust. This device should make it possible to generate substantial fuel savings”, added Kamil Beffa, CEO of Louis Dreyfus Armateurs.

A similar unit was also installed on La Naumon, the first theatre vessel in the world, back in 2021. The installation, approved by classification society DNV, was carried out within the framework of the GREENing the Blue project, co-funded by the European Union. 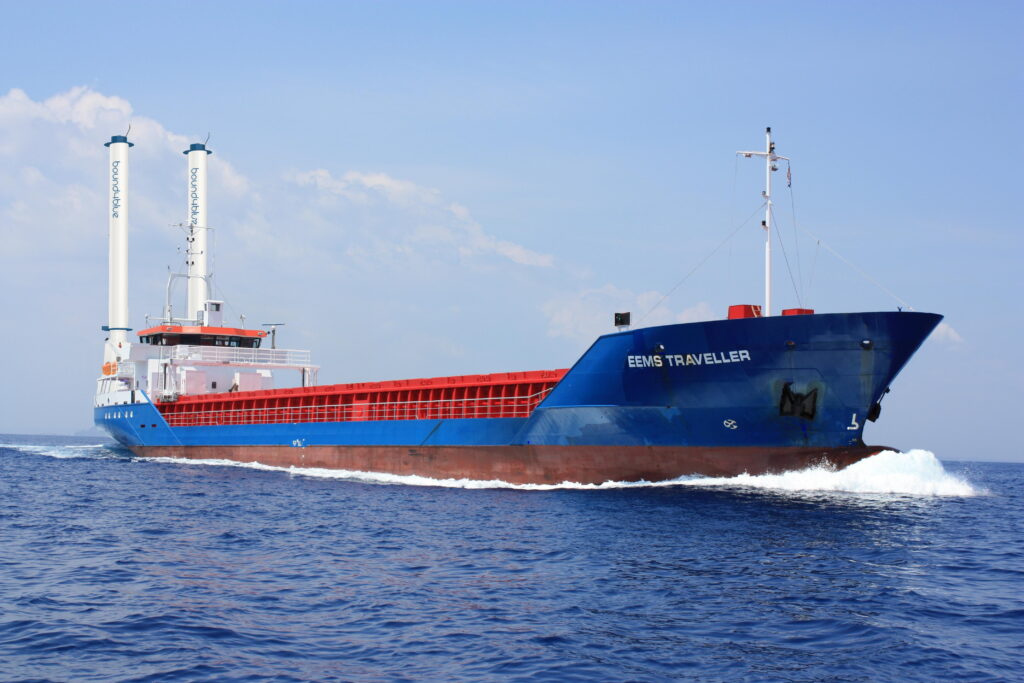