Germany’s shipbuilder Flensburger Schiffbaugesellschaft (FSG) has received an order for the construction of a roll-on/roll-off (RoRo) vessel with LNG propulsion from Australian shipping company SeaRoad.

The duo has finalized the purchase contract via video link since a face-to-face meeting was not possible due to the current pandemic.

As informed, the order is worth more than €100 million (about $117 million). The funding partner for the project is the Commonwealth Bank of Australia.

Scheduled for delivery to SeaRoad in the last quarter of 2023, the new RoRo vessel will operate on the Bass Strait between Devonport, on the island of Tasmania, and Melbourne, Victoria on mainland Australia.

According to FSG, the vessel will have 3,792 lane metres available for the carriage of freight units, plus capacity for over 100 trade vehicles. A special requirement for the vessel is the capability to transport heavy cargo with a unit weight of up to 100 tonnes.

“We’ve been very pleased with how the two FSG-built vessels in the SeaRoad fleet have performed from both an efficiency and operational perspective. We look forward to continuing our successful relationship with the German shipyard,” Chas Kelly, Executive Chairman of SeaRoad, commented.

“We are proud to have brought this order to Flensburg as it is proof of the shipyard’s successful new start…With this new vessel, FSG and SeaRoad will make an important contribution to sustainable shipping,” Philipp Maracke, CEO of Flensburger Schiffbau-Gesellschaft, said.

Last year, FSG’s business assets and employees were taken over by several companies belonging to investment company Tennor Holding. The agreement enabled the financially-troubled shipbuilder to make a new start. 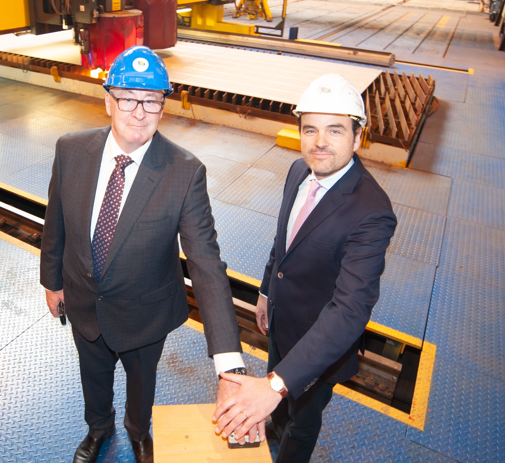