Fugro and Soil Machine Dynamics (SMD) have developed a high performance, modular jet trenching and mechanical cutting system. The Q1400 system, featured on Stand 11121 at EWEA Offshore, will be available early 2012 for the marine renewable and offshore oil and gas and markets, and will complement the many other specialised services Fugro’s group of companies provides to these markets.

The Q1400 system was developed from considerable market research and based on market needs. The design specification for the Q1400 was jointly developed over a three-month period with SMD and offers a tracked trenching system capable of free flying and operating in water depths of up to 3000 m. The system has the capability to perform high quality jet trenching in soils of up to 100 KPA and mechanical chain cutting in soils of up to 250 KPA.

The Q1400 trenching system consists of a common trenching module and separate tracked jetting and mechanical cutting skids, with a customised launch and recovery system (LARS) rated to Lloyd’s sea state 6. A unique deck-transfer skidding system enables mode changes safely at sea without the requirement of cranage. The Q1400 will be able to operate from vessels within the Fugro fleet. 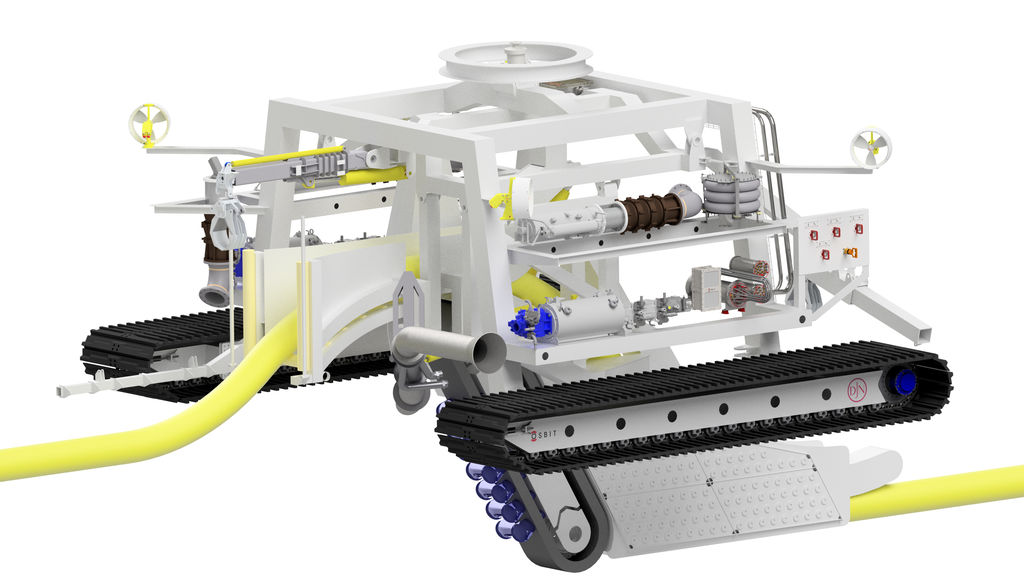