Furetank CEO Lars Höglund said the conversion of the vessel Fure West, owned by Furetank Rederi AB and designed by FKAB Sweden, will be ready by the end of 2015.

Together with the engine maker MAK in Germany, supplier Pon Power in Denmark, Taylor-Wharton which will manufacture the tanks and LNG fuel system in Slovakia and the fact that the work will be carried out in a yard in the north of Europe, makes the project LNG CONV stay true to the wish from the Commission, to use European workmanship.

The Joint Industry Project LNG CONV first met in 2012 to discuss how and when a conversion to LNG would be possible. Not only the technical but also the theoretical and practical processes had to be planned, this is where, among others, the classification society Bureau Veritas adds great value to the project and is the ones who will certify the vessel.

The project decided to use the ZVT method (Zero Vision Tool) and have since reported its red yellow and green concerns to the ZVT Reference group and has by doing so also contributed immensely to the progress of regulation and financial discussions in general.

LNG CONV is one of six projects that is part of the Pilot LNG, co-financed by the EU, where they together are establishing the LNG infrastructure. This structure includes all components required to ship LNG from the gas supplier to the LNG terminal, from the terminal to the bunker vessel, and from the bunker vessel to the LNG fuelled vessels.

In regards to the conversion of Fure West, Höglund points out “we have been doing a lot of research for the best solution and we are confident that this is the right way forward for our project. For instance, the tanks have pumps which both ensure the pressure to the engine and sees to that the storage time is increased until the maximum pressure in the tanks is reached. It’s important to us as a company that we continue on the road towards no emissions, since 2011 Fure West has been certified as “Green Vessel” according to the CSI and adding to that we now will reduce CO2, eliminate SOx and PM and minimize NOx when converting to LNG.”

After conversion, the Fure West will continue trading in the Northern European ECA, employed by Furetank Chartering (a member of the Gothia Tankers alliance). 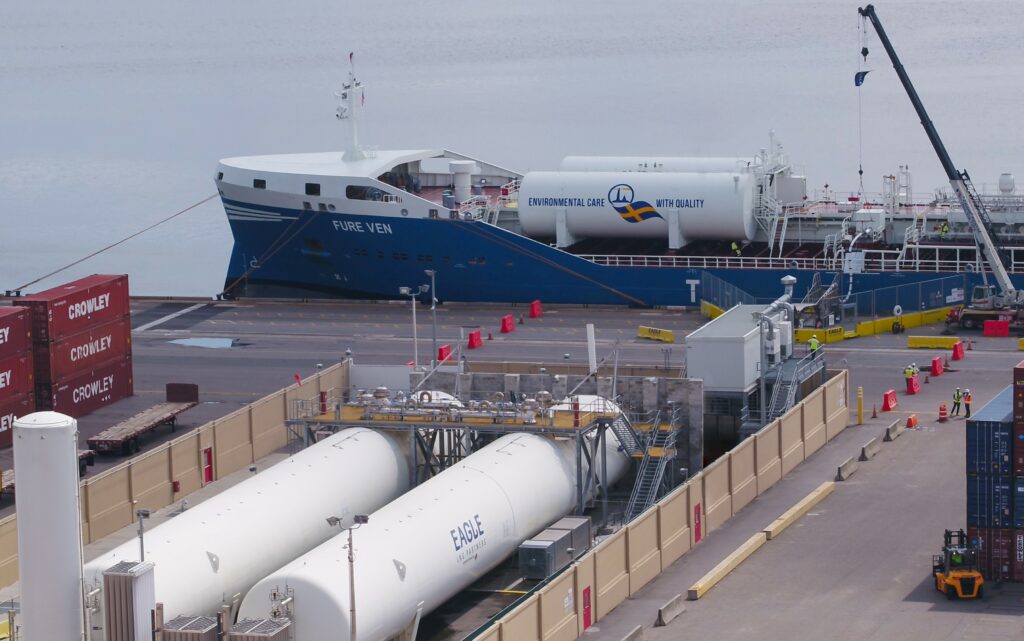