The Nordic energy company Gasum has further expanded its LNG station network as it opened the facility in Kalmar.

The LNG filling station for heavy-duty vehicles is Gasum’s 10th facility in Sweden and part of the company’s plan to build a network of 50 gas filling stations for HDV’s by the early 2020s in the Nordics.

It is necessary to develop the gas infrastructure so that the transition to cleaner fuels will be smoother for long-haul transport. The growing network opens further opportunities to answer to the increased demand for low-emission road transport, Gasum said.

The new gas filling station provides HDVs with liquefied natural gas (LNG) and liquefied biogas (LBG). Heavy-duty transport currently accounts for up to 30 percent of Europe’s CO2 emissions from road transport. According to the new emission standards passed by the EU in 2019, greenhouse gas emissions from HDVs are to be reduced by 30 percent by 2030. The national target in Sweden is to reduce road transport emissions by 70 percent by 2030, as compared to 2010 levels.

Kalmar is in the south part of Sweden where biogas production is widely established. In Kristianstad, also in the south, Gasum is currently building a biogas plant at Stora Enso’s Nymölla pulp and paper mill. The plant, operated by Gasum, will turn the mill’s wastewater into renewable liquefied biogas (LBG).

The plant is expected to start operating during the second half of 2020, and LBG made from the paper mill’s wastewater will be available at Gasum’s filling stations. 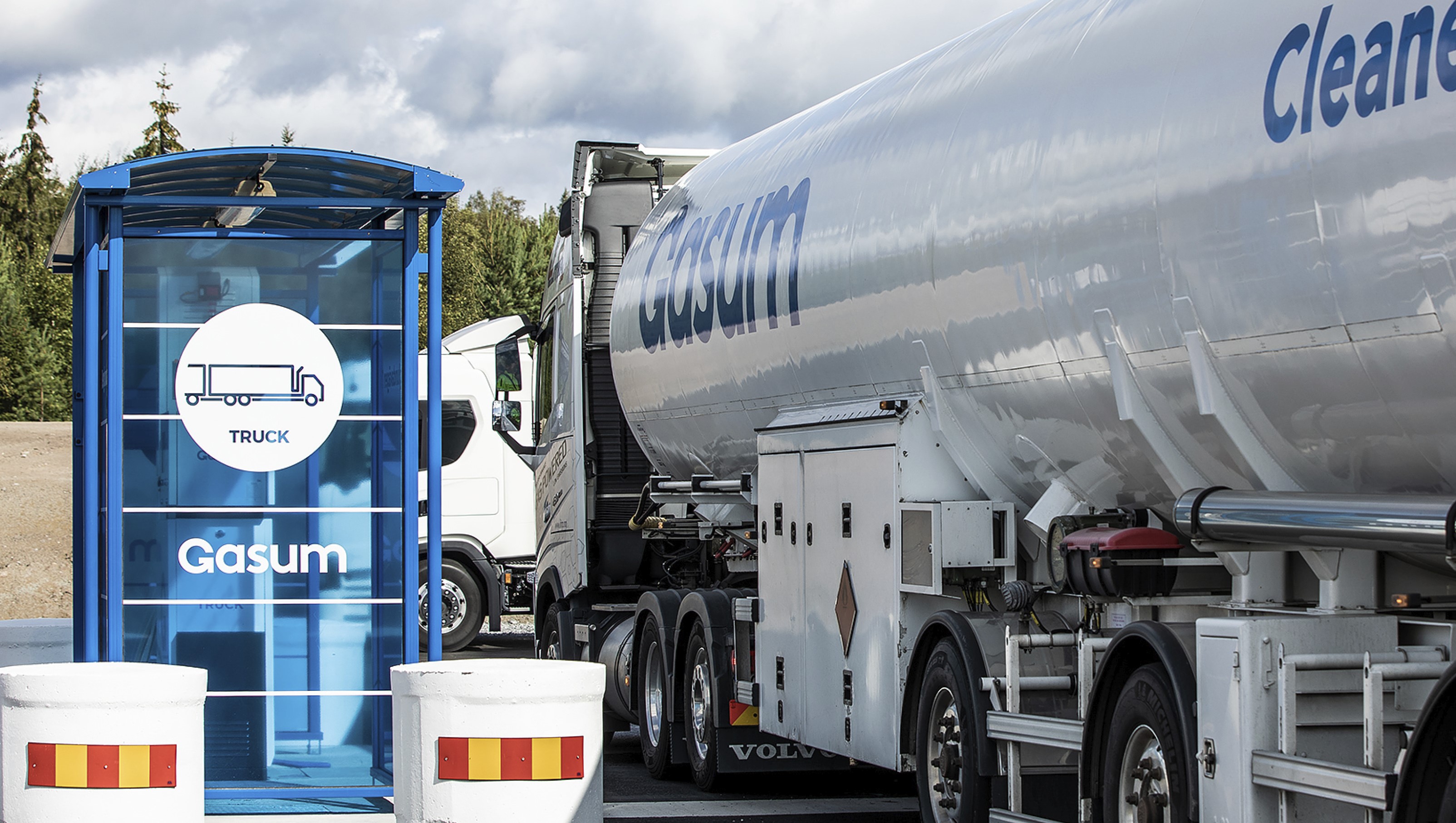