The Nordic energy company Gasum said that its gas filling station network continues to expand as it opened the fifth station in Sweden.

The new station responds to increasing market demand for low-emission fuels, Gasum said in its statement, adding that it plans to grow the Nordic gas filling station network to 50 stations by the early 2020s.

The growing demand has been partly driven by the emission reduction standards of the European Union.

The new regulation presented by the EU in early 2019 states that greenhouse gas emissions from HDVs need to be reduced by 30 percent by 2030. Gas plays a significant role especially in HDV segment in achieving future emission reduction targets in EU.

Developing the infrastructure and gas filling station network across the Nordics is a joint effort of Gasum and its partners. The new gas filling stations are targeted to the long-haul transport segment where energy consumption is also the highest.

All of the new stations will be located in high-traffic areas, enabling a significant increase in the use of LNG and LBG in heavy-duty transport, Gasum said.

Mejeritransport, a logistics company based in Värmland, has a fleet of about 35 trucks and a keen interest in alternative fuels. Mejeritransport is one of Arla Food’s logistics contractors in Sweden, Gasum said. 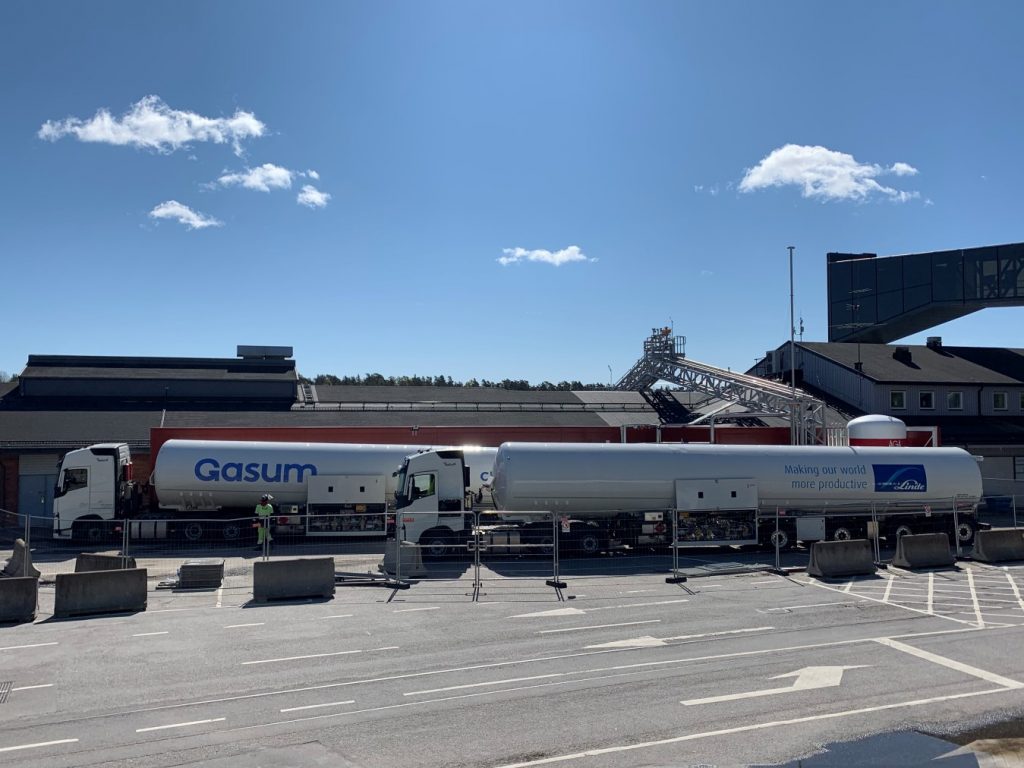