Dutch energy infrastructure firm Gasunie will develop the hydrogen network in the Netherlands in the coming years, after which it will assume the role of the transmission system operator (TSO).

On 29 June, the Dutch minister for climate and energy Rob Jetten announced new plans for the construction of a national transport network for hydrogen. Gasunie will develop the network and then take over as TSO. It will also play an important role in the storage and import of hydrogen.

Five industrial clusters will be linked to each other, to foreign countries and to hydrogen storage facilities. This will be done mainly with existing infrastructure and partly with new infrastructure that has yet to be built.

Due to the expected growth in offshore hydrogen production in the North Sea, minister Jetten will investigate whether Gasunie can also fulfill the role of grid operator at sea.

Han Fennema, CEO of Gasunie, said: “Gasunie is very positive about the hydrogen plans announced today by minister Jetten. We believe that hydrogen will play a major role as the energy carrier of the future. We now start the construction of the public hydrogen network in the Netherlands, which will be a great boost for the transition towards a more sustainable energy system.”

In the coming years, the hydrogen network will connect the seaports with the large industrial clusters in our country and with storage locations for hydrogen.

In addition, connections with Germany (Ruhr area and Hamburg) and Belgium are also being realised. This is to help the growth of the hydrogen market.

According to the statement by Gasunie, approximately 85 per cent of the national network will consist of recycled natural gas pipelines. This is economically efficient because the reuse of existing infrastructure is much cheaper. Gasunie says it is therefore making a significant contribution to the affordability of the energy transition.

Hydrogen is particularly suitable for helping the companies in the Netherlands to work cleaner and more economically in the coming years. Industry in the country is currently responsible for about 25 per cent of national CO2 emissions.

The use of hydrogen as feedstock and fuel can reduce emissions in industry and make a major contribution to the 2030 and 2050 climate targets. 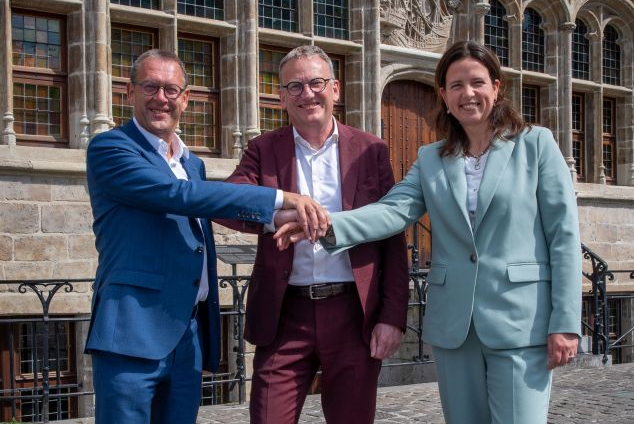 Gasunie and Fluxys team up on North Sea Port hydrogen network
Posted: 2 months ago
Equinor’s H2H Saltend greenlighted to proceed as one of UK’s large-scale hydrogen projects
Posted: 3 days ago
Gasunie and Vopak join in on hydrogen terminal infrastructure
Posted: 3 months ago