Gate LNG terminal, with its shareholders Gasunie and Vopak, on Monday, opened the new LNG break bulk infrastructure located at the terminal site in Maasvlakte in Port of Rotterdam.

The newly opened facility includes the third jetty which is expected to boost the use of liquefied natural gas as a transportation fuel in the Netherlands and Northwest Europe, and enables the distribution and use of LNG as a fuel alternative for maritime vessels, ferries, trucks and industrial applications.

In conjunction with LNG bunker vessels, the new berth will in future also make it easier for ocean-going vessels to fill up with LNG in Rotterdam, Gate LNG said in its statement.

The third berth is intended especially for small vessels. Gate terminal has two jetties mainly for large LNG tankers to unload their cargo into the three 180,000-cbm storage tanks. At the new third berth, small volumes of LNG, from 1,000-cbm up to 20,000-cbm, can be loaded, increasing to 40,000-cbm in the longer term, Gate LNG said.

The LNG is loaded at a maximum speed of 1,000-cbm per hour enabling 280 ships to be loaded during a year.

Adjacent to Gate terminal, the Port of Rotterdam has developed the new, 255-metre long, 150-metre wide and 75-metre deep Yukon Harbour. The third berth of Gate terminal is built on the new quay wall and it can handle vessels of up to 180 meters in length.

Moreover, the Port of Rotterdam is encouraging the use of LNG as a maritime fuel by giving a discount on harbour dues, Gate LNG said.

The Hague-based LNG giant Shell is the launching customer of the newly expanded facility and has reserved part of the capacity for the loading of small vessels including a bunker vessel that has been ordered.

Speaking of the opening of the new facilities, Ulco Vermeulen, director participation & business development and member of the executive board of Gasunie said, “Gate terminal adds again new functionality to the LNG supply chain by commissioning the new berth. The loading and distribution of smaller parcels will become more efficient. It will stimulate the use of LNG as maritime and road transport fuel tremendously.”

The project has been supported by the European Union as part of the EU ‘motorways of the sea concept’ and was granted co-financing under the TEN-T program. 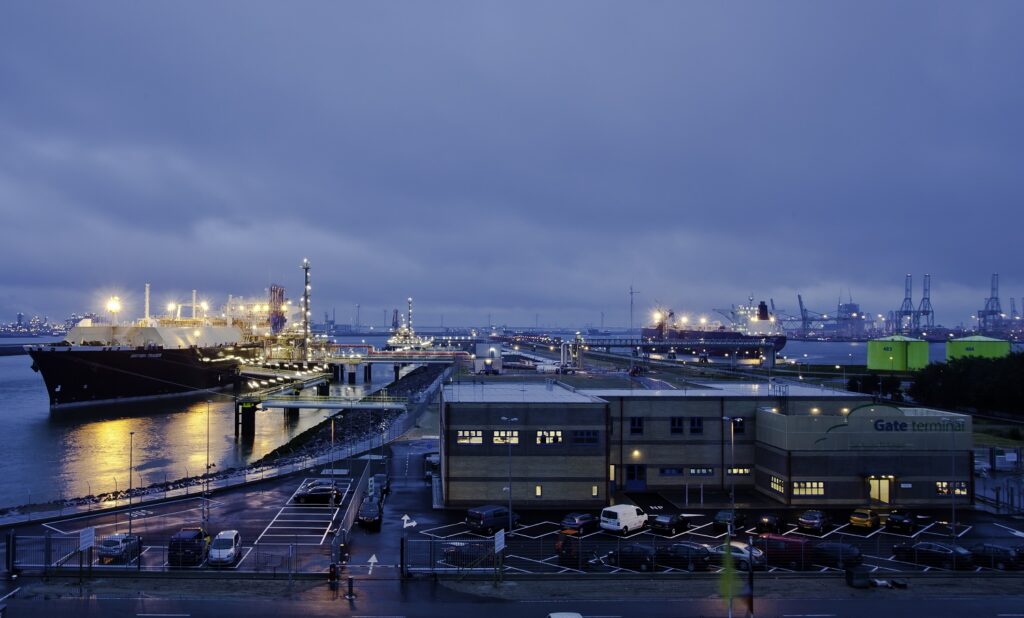